On Saturday, Fred Greetham of the OBR tweeted out a bunch of players who the Cleveland Browns had reportedly spoken to player representatives of. It sounded like Cleveland was focusing heavily on finding a starting cornerback to go along with Joe Haden, as four of the seven names mentioned were cornerbacks: 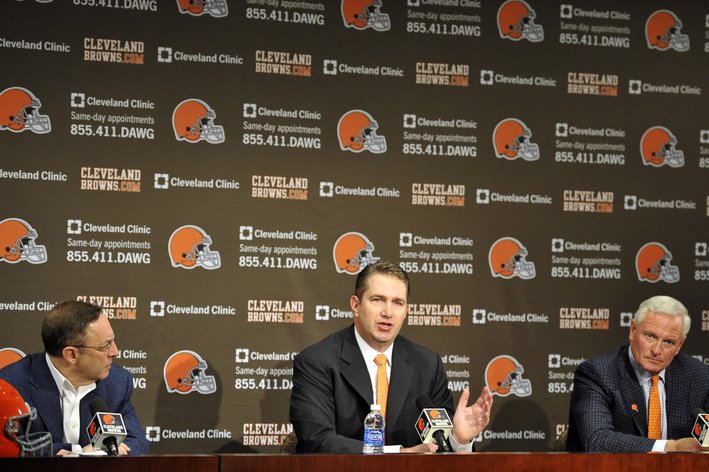 Many fans have been clamoring for the services of the Steelers' Keenan Lewis. Pittsburgh cut ties with linebacker James Harrison earlier in the day, saving some cap space that could potentially be used to bring Lewis back.

Antoine Cason was a first-round pick for the Chargers in 2008 and has connections to offensive coordinator Norv Turner. Smith was a starter for the Dolphins and is considered one of the better mid-level cornerbacks available. Dominique Rodgers-Cromartie began his career with the Cardinals, but did not play under defensive coordinator Ray Horton. He has been with Philadelphia the past two years.

Greetham also notes that the Browns have contacted the representatives of three other players: defensive end Cliff Avril, wide receiver Julian Edelman, and tight end Brandon Myers. Avril could make the transition to a 3-4 outside linebacker if Cleveland signs him, but is expected to command a high salary.

Edelman and Myers are two players who could be considered nice bargains. Edelman would be more of a possession receiver on offense, while Myers would be the team's starting tight end, with Benjamin Watson saying that he hasn't heard from the Browns.

Use this as an open thread to discuss rumors, cuts, or signings around the NFL for the rest of Saturday.