According to NFL Draft Inside, and also confirmed by Lane Adkins from the OBR, the Dolphins have begun to preliminarily discuss a trade up with both the Browns and the Raiders. The Dolphins have a pair of 2nd and 3rd round picks this year and are undoubtedly looking for a LT to help protect Tannehill.

I know I'm not alone when I say that this is exactly what I want to happen. Falling back to the 12th pick would allow us to add more picks in a very deep defensive draft. This will help us address several key positions where we still need a starter and we really wouldn't see a tremendous drop off in talent between picks 6 and 12.

If this plays out, we can sit back and allow SEVERAL players to fall into our lap: Eifert, Hopkins, Austin, Mingo, Rhodes, Richardson, Cyrprien, or Warmack would all become legitimate names for the Browns to take at 12 and I would be happy with any of those names + another name in the 2nd round.

This report seems legit, so it will be interesting to learn the details ( if any are shared ) for what the Dolphins / Browns are asking. The Raiders asking price should presumably be higher than the Browns, given their stronger draft position but if the price is right, I strongly believe this is a move the new Browns' regime needs to make.

Below if the Draft Value Chart according to WalterFootball: 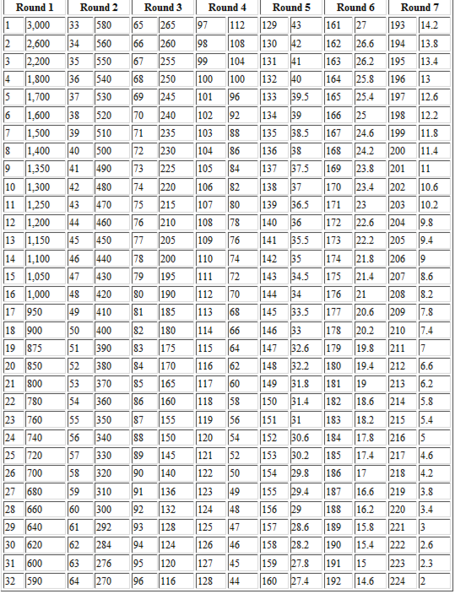