What our opponents are up to 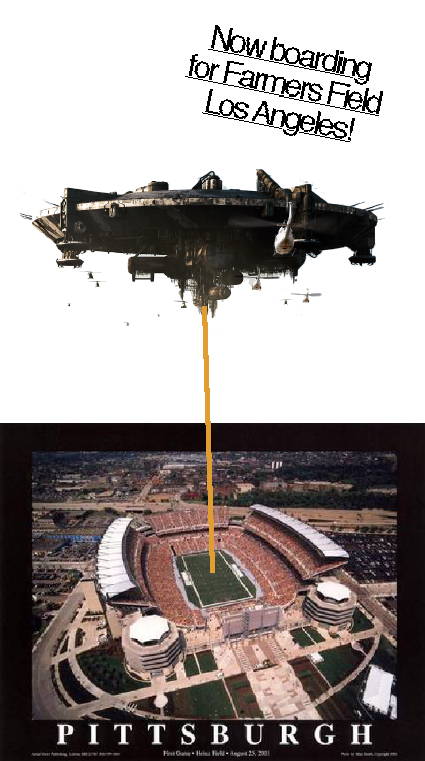 We´re going to revive a format, Chris Pokorny did a year ago, that used to be titled "Around the AFC North". Which is dedicated to affording some scrutiny of our inner divisional rivals, the Pittsburgh Steelers, the Cincinnati Bengals and the Baltimore Ravens.

Since we play these people two times a year, the AFC North affords our special affection and attention. Thus it is always a topic of special concern, that we keep a close watch on them. If we can beat these teams alone, we have won three eighths of our schedule, or an astounding 0.375 of our games, any year, or 38 % of our match ups. It is wise to compare well to these teams, or as it says in the NCAA, win the division. 38 %. Leaves 62 % for the rest of our schedule. So it´s like, if we win these six games, we only need to win a bit more than half of our other games, in pursuit of excellence. Since these games are also, somewhat evenly dispersed over the course of the season, these are also great opportunities to gauge your progress in comparison to them. To see, if you want to go for it, if you will, as the post season approaches.

The Steelers and the Ravens have won a combined 8 Super Bowls. The Bengals have won 2 AFC Championships. The Browns have won 0 AFC Championships and 0 Super Bowls. Does that mean we suck? No, it means we have much more potential. Besides, the Steelers live in an impoverished town, and need to win psychologically, they wear black, so do goths and emos, and they think it´s funny to waive "terrible towels", obviously some kind of weird bathroom humor. The Ravens must be cursed for escaping Cleveland. Ravens are also kind of a depressive symbol, and purple is, well, a bit less feminine than pink. The Bengals were Paul Brown´s second team, which explains why they can never be as good as the original. They call themselves Bengals, rather than outright Tigers, it means they´re also pedagogically a bit immature, they have to imagine they wear stripes, like actual Tigers.

Lets begin our tour of the Division in Cincinnati. The other Ohio town.

The Cincinnati Bengals will be featured in HBO´s popular yearly TV program, "Hard Knocks". It´s a play on words. School of hard knocks, often used to describe people without a college degree, earning an education...the hard way. You know, through violence. But then, it´s funny because, in the NFL you get hit. So it says knocks instead of hits. You can also knock on a door, which they´ll probably be doing a lot with so many criminals. Joking. Well, kind of. So, what´s the big deal? They´re being featured for the second time in five years. It´s a revisitation if you will. The media does that a lot. When they´ve said bad stuff about people. It´s like, when you keep track of your victims, so they don´t judge you. If you´re hoping to see Chad Ochocinco to exclaim "Please Child!" or slap some butts, he doesn´t play for them anymore. And T.O. can´t tell you to getcha pop corn ready, he doesn´t play there anymore either. It remains to be seen, if A.J. Green has a similarly outlandish personality. They think their roster is stocked enough to compete for a Super Bowl. I think, they´ll try to finish second, as usual. It´s the red ribbon culture, after all.

Apparently they have some kind of fraud scheme going on to rip off the tax payers. The old, you own part of the team, but not the stadium type thing. They plan to add 3000 seats and put up a new jumbo tron. Since the Steelers fans have to be in the stadium, instead of a mass probation program, they ´ll really have to pay any price, anyways. Joking again. Well, kind of. So, their problem is, that the expansive, may be too expensive. I suppose, like some of the other towns named here, the whole refurbishment, probably entails some necessary technological improvements, as mandated by the NFL. Imagine cheering Steelers at Farmers Field, Los Angeles, if they condemn Heinz Field.

Steve Bisciotti had these made, so the Ravens can pay back the odds makers, and put official looking marks on wax seals, like they´re in Game Of Thrones, in case success goes to their heads.