Congratulations to DBN member 3brownies2 for winning our previous caption contest. The results for our fourth caption contest of the season are listed below.

Tonight, our caption contest features current Cleveland Browns quarterback Brandon Weeden, legendary quarterback Bernie Kosar, and current linebacker D'Qwell Jackson at last week's announcement of the Fan Kickoff Concert. At some time during the presser, the shot above was captured...it's up to you to determine why their reactions appeared as they did. Remember to "rec" the captions you find to be the most fitting 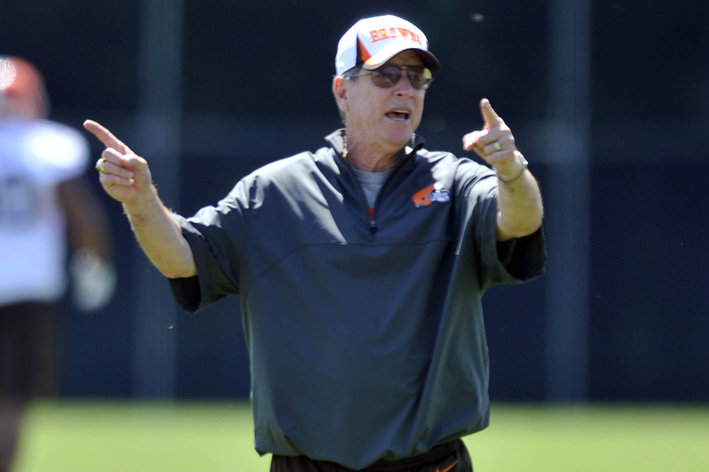