Congratulations to DBN member Ted Washington's Belly for winning our previous caption contest. The results for our sixth caption contest of the season are listed below. The runner-up was ineligible to be the winner because it only included an image, but was still funny nonetheless!

Tonight, our caption contest features former Browns head coach Pat Shurmur, now fulfilling the role of offensive coordinator for Chip Kelly's Philadelphia Eagles. Find a way to make a good caption, and remember to "rec" the captions you find to be the most fitting 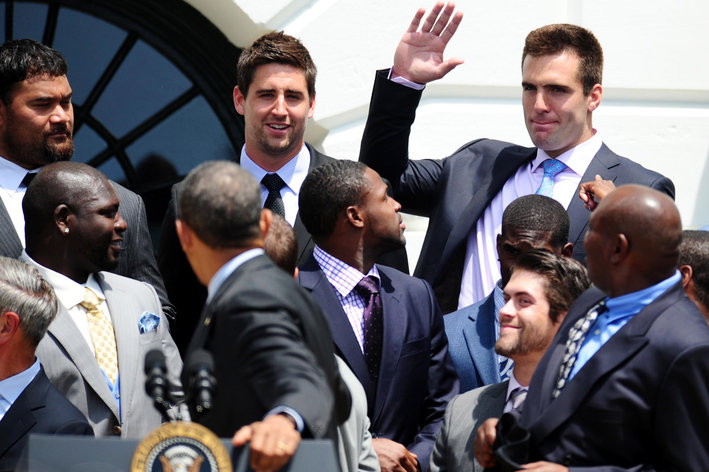 Winner: "Raise your hand if you are the most overpaid player in the NFL." -Ted Washington's Belly

Runner-Up: "Not a caption per se, but relevant nonetheless (with a link to this image)" -DawgsOfWar