Reports surfaced today that the Cleveland Browns have hired a Los Angeles-based company, Gensler, to work on a major renovation at FirstEnergy Stadium. Turner Construction has also reportedly been hired as part of the two-year project, which, based on an earlier report from Tony Grossi of ESPN Cleveland, will begin following the 2013 NFL season.

"Things that we can do fairly quickly will come this year," he said. "The big things, i.e. a new scoreboard, will come after the ’14 season."

Cleveland Browns CEO Joe Banner released a statement regarding inquiries about the firms that were hired:

"We have consistently communicated that improving the fan experience is one of our priorities. We have engaged Gensler architectural firm and Turner Construction to explore every opportunity to help us accomplish this through a potential renovation. This process is in the early stages, so it would be premature to discuss financial parameters, but when we have specific details, we will certainly share our plans with our fans and the community."

The Browns will reportedly announce their plans for the stadium later this month, which should be right around the start of training camp. Browns fans told us on Facebook what type of renovations they'd like to see: 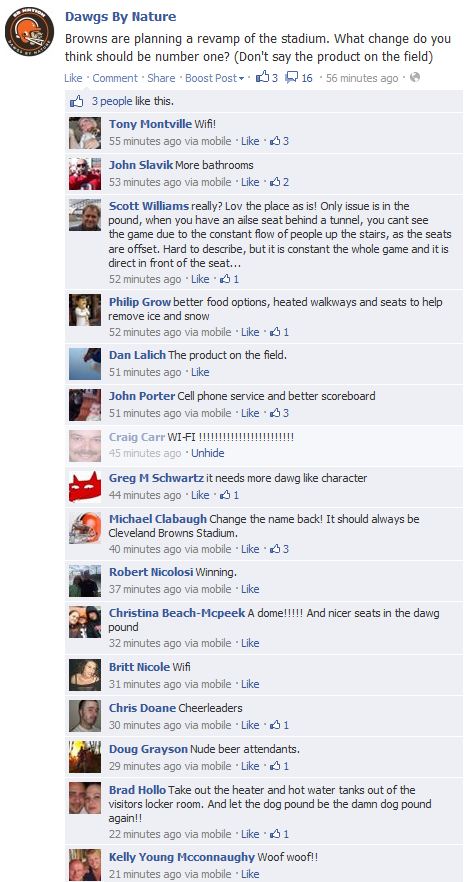