Fan Perception: What We Learned About the Browns Offensive Line Heading Into Training Camp

Share All sharing options for: Fan Perception: What We Learned About the Browns Offensive Line Heading Into Training Camp

In each of our training camp previews, we conduct a poll at the end of the post. The polls are intended to gauge fan perception about certain players or roles on the Cleveland Browns heading into training camp. They help set the initial expectations that fans have on certain players. Here is a summary of each of those polls for the offensive line:

The two highest-paid centers in the NFL are Nick Mangold (7 years, $50 million) and Ryan Kalil (6 years, $49 million). If Alex Mack wants a deal that makes him the highest paid center in the league, what do you say to him?

There is really no excuse for not signing Alex Mack to an extension, and given the rate of inflation over the years, he probably could command a value that makes him the highest-paid center in the league.

At some point, the Browns have to spend that money. The reason they saved up was for exactly this situation. Mack will get paid, and he has a lot of leverage in negotiations. [Read Part 1 of our OL Preview]

Which two offensive guards will start on opening day for the Cleveland Browns? 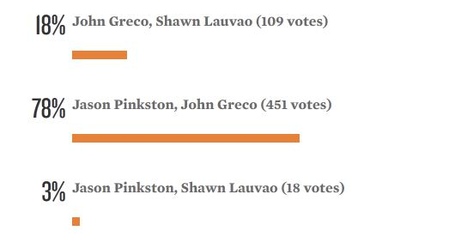 This would definitely be the ideal situation for me -- having Jason Pinkston starting at left guard, and John Greco at right guard. I don't know what planet the people who want a repeat of Pinkston and Lauvao are living on, but Greco is a must-start on the offensive line. My article projected that Greco would be at left guard with Lauvao at right guard, but a lot of that had to do with me not being certain that Pinkston will return to form right away. [Read Part 2 of our OL Preview]

Which one of these three offensive linemen is most likely going to make the final roster? 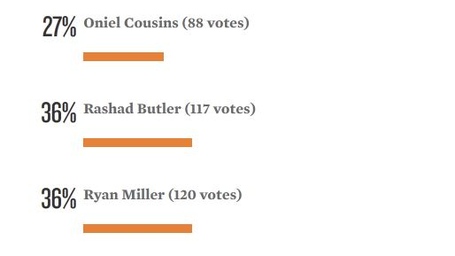 This is a pretty even split. I have a hard time believing that the Browns will go without any veteran backups on the offensive line. In an ideal world, Rashad Butler would be recovered from injury and be a great backup. I think it is more probable that Oniel Cousins just ends up sticking around for another year, and Ryan Miller could also end up sticking around. You guys favored Butler and Miller pretty evenly. [Read Part 3 of our OL Preview]

Which of these players would you like to see make the final roster, if only one of them could make it? 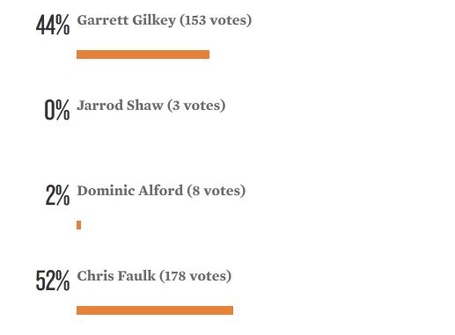 This was a two-way competition -- no one has any emotional investment in Jarrod Shaw or Dominic Alford, despite the fact that they've been with the team for three years now. Between Garrett Gilkey and Chris Faulk, it's no surprise to see Faulk get a little more support, due to his 3rd-round potential. We'll see if he is able to even play in training camp as he recovers from a knee injury, though. [Read Part 4 of our OL Preview]

Which of the four players from today's preview do you like the best? 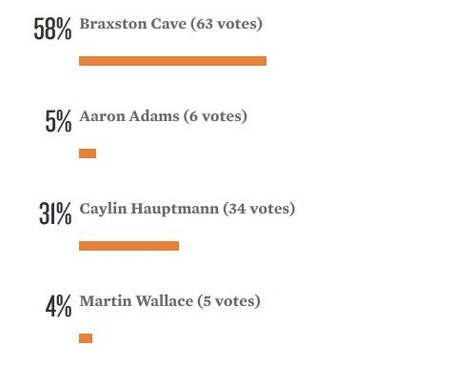 Lastly, the support was high for center Braxston Cave, and pretty high for Caylin Hauptmann. If I hadn't promoted Hauptmann so much in the preview, I kind of wonder if he would've been in the same boat as Aaron Adams and Martin Wallace. The power of persuasion? [Read Part 5 of our OL Preview]

Next up, we'll shift our training camp previews to focus on the Browns' wide receivers.