Looking at the First Energy Stadium Signage for Cleveland Browns

Share All sharing options for: Looking at the First Energy Stadium Signage for Cleveland Browns 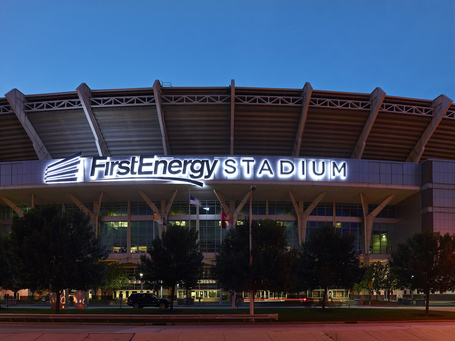 The signage was installed by the Cleveland-based company Sign-Lite. Based on their website, the same company also installed the signage back when it used to read, "Cleveland Browns Stadium."

A few days ago, the signage began being installed on the north side of the stadium, which is the less visible side:

Getting my name installed on the North Side today! pic.twitter.com/stChoUvuXz

It is unclear if the north signage is complete yet.