AFC North - We must have been infiltrated 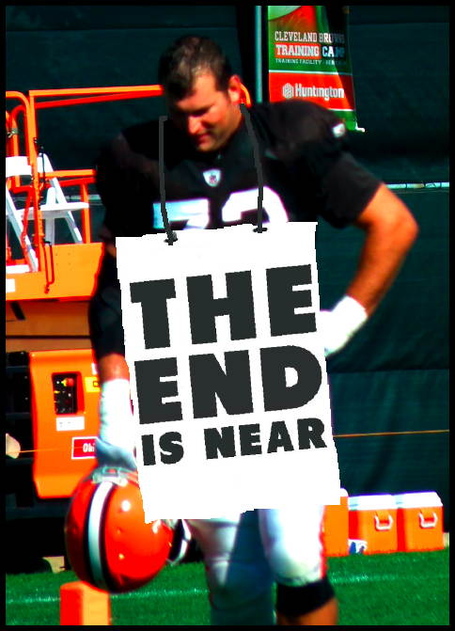 After helping our friends in Pittsburgh, Cincinnati and Baltimore sort through their roster chaos, just in time for training camp, here is Mooncamping´s famous Yep & Nope List. It has helped thousands of misguided athletes to rejoin reality, and saved the IRS hours of work. College career counselors have proclaimed this day a National holiday. And a million Moms can now give their kids non hypocritical names. Please do realize, it beats Darwinism, the OT, Bill Parcells or even Mike Singletary for that matter, in terms of safely segregating the strong from the wrong, or the elite from the cheat, or just, you know, wannabes, haftabes, wouldabeens and shouldabeens. The NFL is upgraded and so are organs, that should be conducive to a more well structured football scene, in terms of quality, such as the AFL, the CFL and eventually maybe again, the World Football Scene. A farm team scenario, for professional football, would really help prevent disillusionment and disappointments of such magnitude, by the way. So, without much ado, trample your feet, clap your hands, cheer or jeer, as you see fit, here is:

Then God just told me, that he is feeling a bit of righteous anger, so I should listen to my heart even more. So, I´m going to cut a few more, I´m not terribly confident in:

Mitchell Schwartz cheated on the Wonderlic, you can´t use crayons on it, and thus can´t meet the stringent academic standard set by fellow Cal alumni and Draddy Trophy winner, Alex Mack.

Then, John Hughes looked at a person funny, at the mall, we can´t have that, so begrudgingly, goodbye.

And Ishmaa´ily Kitchen has a gig doing modeling for Fat Athlete Digest.

Leon McFadden will be busy, suing the Draft, because he didn´t draft in the 1st round, as prognosticated by the DBN Big Board.

T.J. Ward has a prior engagement, advertising for Aspiring.

So, very sorrowfully, it brings the number on the Yep List to 25.

25 players on the sideline looks a bit meager, so let me re-add WR Josh Gordon, FS Jamoris Slaughter and DT/DE Jabaal Sheard, you can find him playing with the YoYo at the All You Can Eat place. But just for this year. We´ll have to get an exemption to policy, because in logical succession they have already been cut, you can´t cheat at this. We´ll have to see if the new ownership conglomerate, People Who Hate The Browns Inc., can reimburse Jimmy Haslam in time for his court case, so we can keep at least these 28. No, the cap won´t hold up to billion dollar contracts, no matter how much you need them.

If you thought, I would retype the Nope List, you´re wrong. I don´t have a depression bonus.