Cultural Watch on the other tribes-AFC North

Share All sharing options for: Cultural Watch on the other tribes-AFC North 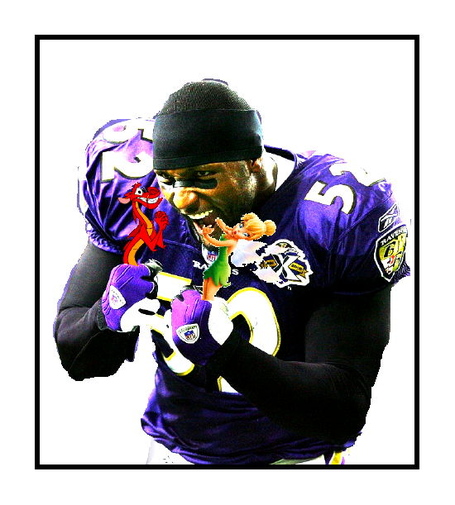 The Terrible Towel may have a function. Steelers may drool, when the stimulus of football is presented apart from gorging on weird foods, like in that famous test by that Russian psychologist, who got dogs to wag their tails, whenever a bell was rung, just because he had combined treats with the bell, earlier. Of course you can question, if the dog is fooling the psychologist, to make him happy. Hopefully it´s not that worse version, by the preeminent American psychologist, who trained the rats to hit the button for the food, rather than get electrocuted. Which for us humans, means that behavior may be learned, when we are treated bad. Anyways, if you have to blend with this blue collar psychologically vetted species, you might do well to first train your stomach, and learn the proper grunts. The towel may serve another purpose, but I´m not sure it´s safe to publish...

Here is a nice anthropological piece on the demographic of the Cincinnati Bengals. We´re told, that they are frequently punished, by blacking out TV coverage of their home games, for not assembling in the stadium, when they are supposed to. There is a cult surrounding Carson Palmer, they have to frequently mention his name, to see how aggravational hearing it is to them, then they must concur, something to the extent of him letting them down, and hence practice a weird kind of discipline, indicating that they will not mention him anymore, and stand the anguish of missing him, then start anew. Someone has been trying to generate a dialect since the 70s, based on just one sentence, no not jail, the verbal kind. It may be a primitive form of averting intelligent discourse, by convincing the uninitiated, that they are still learning how to speak our language. They greet each other with this sentence, but are supposed to voice displeasure, because they still haven´t agreed on an equally clever response. Speaking of jail, they frequently try to hire delinquents for indecently low amounts of money, then affectionally refer to them wearing stripes, you know, like jail uniforms, leading me to think, that they are barely evolved from a society, that derives pleasure from watching violent encounters, then clamoring for the champions, as if they have to integrate them. A former coach has prohibited the tradition of throwing stuff onto the field, not good. What if they´re hungry? They are aware, that they are in their own place, but must refer to Cleveland as even more savage, a clear sign, that they are learning advanced forms of behaviour, such as motivation. There seems to be a fetish regarding the color brown, first a coach, now the owner are named brown, which shows that there is an obsession with Cleveland, an obvious sign, that they want to escape. Which is why we let them advance to the playoffs the last two years, a revolution would be bad for Ohio.

The Baltimore Ravens like to think, that they are somehow ascended from football royalty, with their coup of mutating from the Cleveland Browns, yet landing in Baltimore, which leads them to think, that they can look back on the proud football traditions of both the Cleveland Browns and the Baltimore Colts. In fact, they are people, that defected from Cleveland, when times got rough, and no matter what they tell you, they have only existed since 1996. Which explains the mascot, the Raven, who are terrible parents, clearly alluding, that they were dumped there, and are subsisting on occasional Super Bowls, to prevent their infantile urges from taking over. It is best to let them live in their Peter Pan complex. Don´t worry, they can cultivate the illusion of being traditional, by spending more money.