Detroit Lions vs. Cleveland Browns: RB Trent Richardson to Play & What to Look For

Here are over 10 things Cleveland Browns fans should look for in tonight's game against the Detroit Lions.

Share All sharing options for: Detroit Lions vs. Cleveland Browns: RB Trent Richardson to Play & What to Look For

The Cleveland Browns will take on the Detroit Lions today in the Great Lakes Classic. For news on how to watch the game, what time it starts, and who is favored to come out victorious, click here. You can also check out our Q&A with our Lions affiliate.

Now, it's time for our weekly take on what Cleveland fans are looking to see from the Browns this week, including the debut of RB Trent Richardson, whether QB Brandon Weeden needs to solidify his spot as the team's top quarterback, and more.

What to Look For - Lions vs. Browns 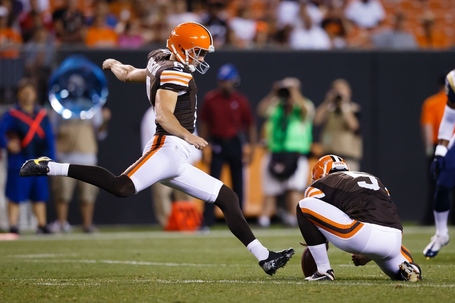 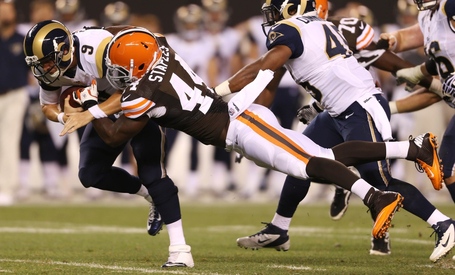 LB Justin Staples was impressive against the Rams. Can he do it again?
Credit: Ron Schwane-USA TODAY Sports

Lions vs. Browns: Week 2 of the NFL Preseason