AFC North - A Look at Our Rivals' Training Camps

What evil deeds are our opponents practicing in their cretinous gatherings.

Share All sharing options for: AFC North - A Look at Our Rivals' Training Camps 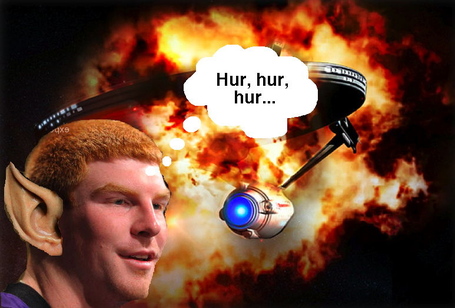 Steelers training camp didn´t begin until July 27th, a clear sign that their feelings of superiority have led them to become lazier than us. It is open to the public, so if you wear something black and dumb down your act a little, since they are also arrogant, you can safely observe their evil machinations, undetected. They turn on the pathetic in this training camp primer piece. Boo hoo, our aging roster, lost five our last seven games, lets hang ourselves, no play offs. Oh, we lost players, sacrificed cap money, couldn´t afford free agency, Ben Roethlisberger is so old. We sooo look forward to grooming Landry Jones. We have to start a rookie at RB. Sobb. We´re running out of LBs. Please don´t booh us. Steelers tickets in the collective at church not appreciated. You get the picture.

Day 1 of training camp makes it abundantly clear, that they´re depressed at their prospects this year. They start off by hitting each other, trying to compensate their fear of sucking by socking each other in the mouth. Oh no, our RBs don´t work, no improvement from having one of the worst ground games, last year! Typical, get the out of shape Offensive Line tough guy to yell at the O-line, these violent cultures always pass their displeasure on to the next lower strata. Primitive stress management! As soon as Special Teams got all of the attention, it was a certainty, they plan to bottom dwell. Lets scare the crap out of our rookies, making them think they will start. Deviant humor, a staple of insecure male gatherings. They quickly sort out the pecking order, by identifying who is hurt and intimidating those, that are meant to fail.

This is the first day, and the first article, mind you. They basically turn on anyone displaying unconfidence, it´s like a coded order sheet per position, they make no qualms to outright name who is good and who they will put on the street, mercilessly naming them paragraph by paragraph. If they could get away with it, the dunce caps would come out. At least they don´t make fun of the injured players, although one poor big guy was forced to watch as the other players began duking it out for his million dollar contract. Ben Roethlisberger befriends the Jugs machine, it will help him with the torturous process of weeding out the weaklings at WR. I´m sure it´s a pagan society, look at this ring, you could marry six loose Pittsburgh women, if you pry out the diamonds on this thing. We managed to obtain this school book.

The Cincinnati Bengals, thanks to the TV Show "Hard Knocks" think they are destined for greatness. Article provides they think we´re all delusional. Sentences such as "...one of the most exciting young teams in the NFL.", and "...yet, there is an aura of change in the Queen City.", and "Of course, there is also the national spotlight.". They go on to highlight all the individual hopefuls. Of course we all have the time. And like we give a damn. Giovani Bernard, as we are well aware of, is awesome.

Gasp! We all lost ten years off our lives, when A.J. Green wouldn´t get up. We got five point, what does he cost, back, when the MRI came back clean. Ohio State´s own Dane Sanzenbacher, although tenth on the depth chart, deserves a spot. Although lacking athleticism at leas he´s reliable. There exists a WR called Cobi Hamilton, they lost a sixth rounder, he is like ninth on the depth chart, but anyone on this grand team has a chance. Orson Charles has not lost his starting job, to not one but two stand outs, Gresham and Eifert, he will be ultra useful as an H-back. Don´t let them catch you, snickering "sure", it´s a felony in Cincinnati. Not like anyone else was after the talented Cornhusker Rex Burkhead, rest assured he will be just as useful on third downs, when there´s a full moon, as the popular Brian Leonard. Not! Tyler Eifert signs all autograph requests, even if you don´t want one.

How full of yourself do you have to be to bench Domato Peko, but don´t worry he´s still popular. They got themselves some Texas A&M in LB Sean Porter. I´m sure, Rey Maualuga is Domato Peko´s Mini Me. The best LB from that coveted group out of USC a few years ago, is still appreciated, as a revel rouser in the locker room. Sheesh! It´s more than stinky socks, that has gone to these people´s heads. Andrew Hawkins is just another a great receiver in the Bengals surplus of shamelessly gifted athletes at the position. If he´s not a household name yet, you will know WR Mohamed Sanu, soon. The Oklahoma Drill, it´s not just for Sooners.

They start them young in Cincinnati, Andrew Whitworth starts putting his son to work. Andy Dalton has a dangerous Offense, the red headed Vulcan will implement them with impeccable logic and shrew psychological cunning. Damn! This was boring and tedious! So what, like you bought the Bengals are anything special. Domato Peko will tattoo this for free using Rey Mauluga´s pick. The Bengals fool the Cheerleaders into thinking it´s prom again. The ones they couldn´t afford, joined the army, it was the Russian one, but Cincinnati is geographically challenged. If you thought I would post nude photos, you´re mistaken, but you can try to get them laid in Sims. At least we have cheerleaders? Can´t argue with that.

One more? Alright, article gives the skinny. Seriously now, the Bengals feel confident, because following their second straight year with a playoff opinions, their roster survives nearly intact. They´ve had the liberty and good fortune of adding individual up-grades. As grandiose as they can be, they are the favorites. They´re still facing the longest drought for teams without a playoff win in the NFL. Worse than the Browns?! You bet! 22 years.

Baltimore Ravens training camp locations and schedule at three different stadiums, open to the public, and a lottery for 200 exclusive spots, watching their indoor practices. I like their humor. They still won´t be doing this for a while. Maybe this kind of stuff. But, not this kind of stuff.