How to use your cell phones to shop Waiver Wire players at Soldier Field and put that Rittalin you used to cram on...

Both the Browns and Bears will rest their starters in Week 4, as Joe Thomas assures us and the Chudd, it is customary, usary, you know, normo, normo, samo, samo. Non the less, we should kick their tail. I would, I hate them for strategically stalling the career of a great quarterback, Jay Cutler.

Share All sharing options for: How to use your cell phones to shop Waiver Wire players at Soldier Field and put that Rittalin you used to cram on... 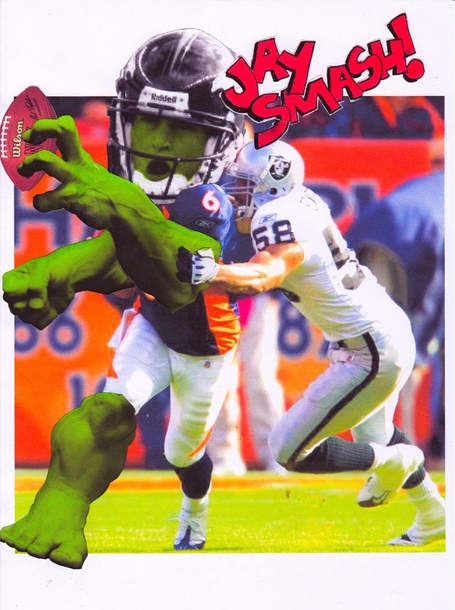 So folks.  Regular Season will be here in no time, as we head into Soldier Field today, to face the mighty Bears.  Mighty as in might beat us.  Which isn´t entirely unlikely, as they must have pumped psycho energy into Brandon Weeden, making him Speedy Gonzalez with just enough barbiturates in his system, commonly called beer from the night before, to deccelerate his learning curve to the perfect rate of statistical prowess, that he´ll remember throwing a few TDs against the Rams and the Lions.

Then sucking against the Colts, he thinks it was, but he later read, that he got just 1 FG in 7 drives.  Such is the nature of this high powered game.  It affects you.  And then you drink more beer, and reminisce about being a happy Minor League pitcher, with groupies and getting payed to write autographs, for people who could care less about you, but act real nice.  Make a note.  Get Brandon Weeden a Micro Brewery subscription and goofy little hops plant.  Put it next to the grow your own peanuts plant thing.  Get something for his pug too.  Like a Jay Cutler McFarlane figurine.  Which one?  The one that looks like John Elway.  Oh, that would be the Broncos and the Bears one.

Speaking of Jay Cutler.  He´ll also not be playing in Week 4.  But, make another note for Brandon Weeden, say no to McFarlane, when he calls about the rights to make a maquette.  Oh, and disperse some more street cash to place more random people in sports bars and air port lounges, to do Glurgs, every time the Browns snap the ball.  That´s supersticion!  So what b****, I´m Brandon Weeden, Cleveland God!  Don´t say b****.  I didn´t say b****, I said beeee, star, star, star, star, and thought of a bitch.  Maybe a little less stress, and better coffee for Mooncamping.  Don´t talk to the Norv next week.  Then babble answers to the press conference, but conclude with another confident "Gotta Gow Giddit Doan".

I want a T-shirt like the one Matthew Stafford wore in that "it´s a player of the week day" commercial.  The artist has to be at least an autist.  Only I´m giving a Mile High salute, oh I´m in Cleveland.  Make that a strung out bark, kind of a rabid vapid look.  Can the autist do that in airbrush?  Do they have permanent Crayolas or something?  By now you have figured out, I´m Bernie Kosar.  Mooncamping is Bernie Kosar?  No.  Bernie Kosar is Mooncamping´s ghost writer?  No.  Bernie Kosar and Mooncamping are one and the same?  Doctor Spin Doggle T-shirts with a Gladden Pen.  Ummhh.  Who´s talking?  You get the point.

Train of thought type writing this week.  Jog your mind.  Somewhat unfreely associating.  Kicking some thoughts around for the rebound. So.  Since our backups play their backups, there isn´t much to report.  Only that it´s the Browns at Soldier Field.  So, if the game sucks.  What do we do?  Break the hot dog eating record?  Spill beer on Bears fans?  Howl at the moon.  No.  Lets go there, and use our cell phones to put in orders for the following players, put on the waiver wire, last week. Here are Mooncamping´s suggestions, oh and maybe we can kidnap Jay Cutler, he´s kind of good:

No weird links this week?