The Brian Hoyer show rolled into Minnesota this weekend, and rolled out with a win. It was a hell of a ride, so let's take a look.

Full disclosure: I was watching the game Sunday and was thinking of how to formulate the game into words. A Tale of Two Cities came to mind..."It was the best of times, it was the worst of times," speaking of course about the first half and second half, respectively. Well, after Brian Hoyer's game winning drive, that all got thrown out the window. What replaces it? Initially, speechlessness. Leading up to the game Sunday I truly didn't know what to expect. And if we've learned anything from this short season thus far, it's to expect the unexpected.

So Sunday the end result was a W, and while it feels good to have that first W under the belt, the Browns now might be faced with more questions than what they started. Who starts, Brandon Weeden or Brian Hoyer? Did winning ultimately hurt the team in the long run? Etc. Etc. I'll try to review the game, and try to answer some of those questions in the meantime. 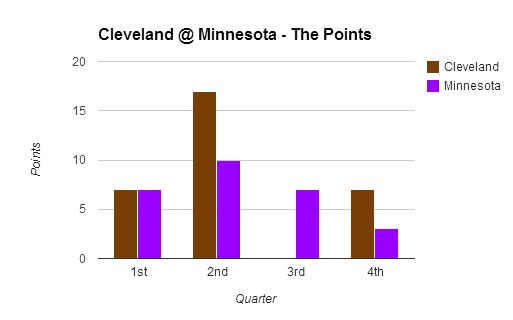 Odds are if you're reading this, you watched the game, so I won't bore you with the details of every play. I'll put my takeaways in simple bullet form for your reading and viewing pleasure: 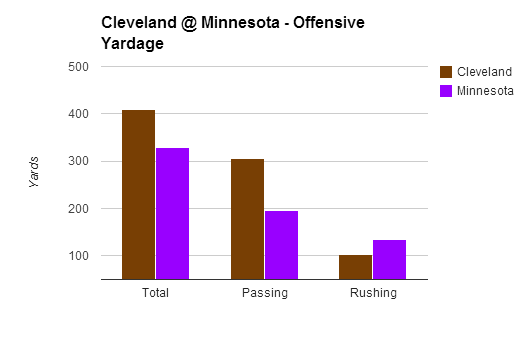 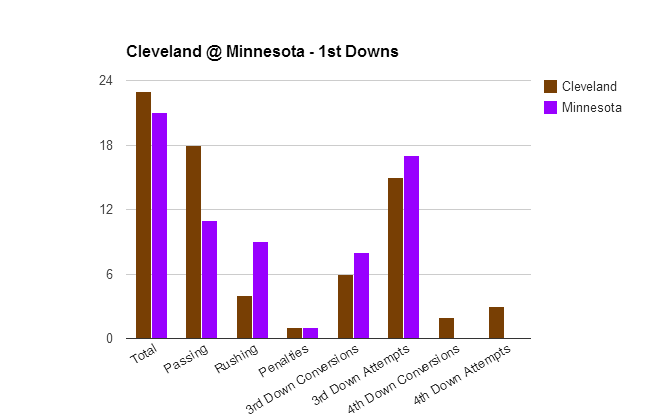 I saw a lot of reactions after that game that thought winning hurt the team in the long run. Sure, the win against Minnesota on Sunday may ending biting us in the ass and costing us a few draft spots. But, nothing is written in stone yet, the win was game THREE of the season. Cleveland played a (better than advertised) Miami team tough in Week 1, played the defending Super Bowl champs tough in Week 2, and beat Minnesota on the road while containing the best running back in the league. The team is far from perfect, but if we learned anything from Sunday is that they are not too far away. The defense continues to be solid, Josh Gordon was electric, and Jordan Cameron has blossomed into an exciting TE. I still don't think the Browns muster up more than a handful of wins, but I'd prefer them to give a damn and not roll over like dogs. On Sunday they did just that. The team played with tenacity and enthusiasm. If the game would have been in Cleveland, the stadium would've been rocking. So yes, the Browns traded Richardson, and everyone said they were tanking, but if they play like they did on Sunday going forward, they're going to give some teams trouble. And I for one, am excited to see them do it.