Who gets to watch the Dolphins vs. Browns game on television this week?

For those of you who aren't familiar with 506sports.com (re-named from the506.com), they are a website that provides TV distribution maps each week during the regular season. They used to also provide a text listing of which TV stations were airing each game, but they did not do that for Week 1, so we're stuck with the map only.

The map below lists the games that will air on CBS at the 1:00 PM EST time slot. Despite the fact that most the country will be watching the Bengals vs. the Bears, most people in the state of Ohio aren't seeing that game. That's great news for fans in places like Columbus and Toledo. For more information on the Columbus TV situation, click here. Determine based on the map below whether you will get to see the Dolphins vs. Browns game this week. 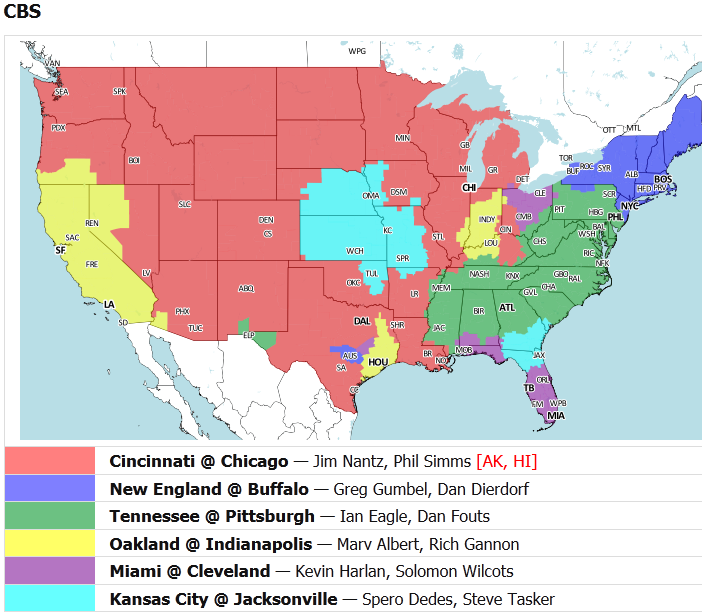 The Browns game will be commented by Kevin Harlan and Solomon Wilcots. If you live in the Cleveland area, these are the games you will be able to watch on Sunday:

The Thursday night game features the Baltimore Ravens taking on the Denver Broncos. We will have a game thread for that here at Dawgs By Nature, so be sure to check in for that. I will also be posting my Week 1 picks on Thursday.