Who gets to watch the Browns vs. Titans game on television this week? 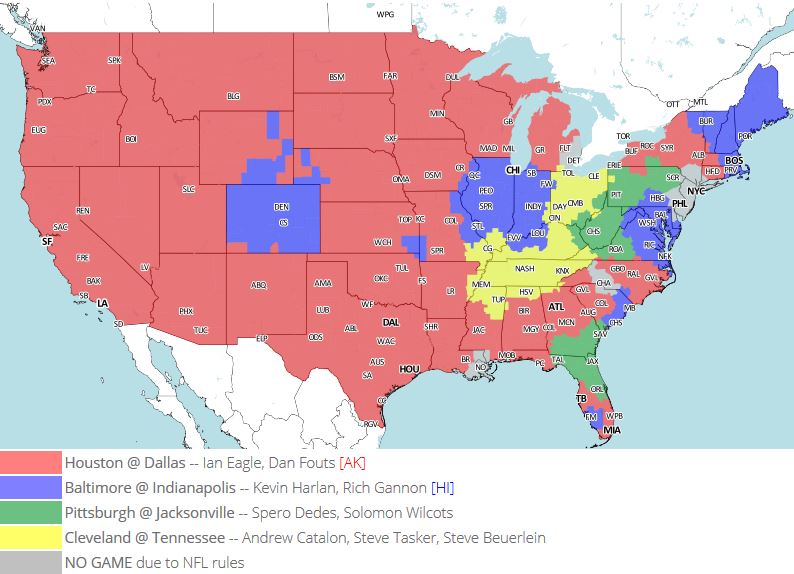 The Browns game will be commented by Andrew Catalon, Steve Tasker, and Steve Beuerlein. That's right -- it will be a three-man commentating booth, with Catalon doing the play-by-play and the other two providing color commentary. If you recall, Catalon actually called the Browns' preseason games in 2011 when he took the place of Jim Donovan, who was battling leukemia. If you live in the Cleveland area, these are the games you will be able to watch on Sunday:

The Thursday night game this week features the Minnesota Vikings taking on the Green Bay Packers. We will have a game thread for that here at Dawgs By Nature, so be sure to check in for that.