The NFL Honors show is complete, and the Cleveland Browns were only poked fun at once by host Alec Baldwin.

(camera pans to Gordon in the audience)

Alec: "This year Josh became the first receiver in NFL history to have 200 receiving yards in consecutive games. In Cleveland Brown yards, that's like a billion."

Gordon was a candidate for fantasy player of the year, but did not win it. Gordon also ended up receiving two votes for "comeback player of the year" for some reason. No other Browns player was up for an award.

Here are the awards for the NFL, as announced by the Associated Press. 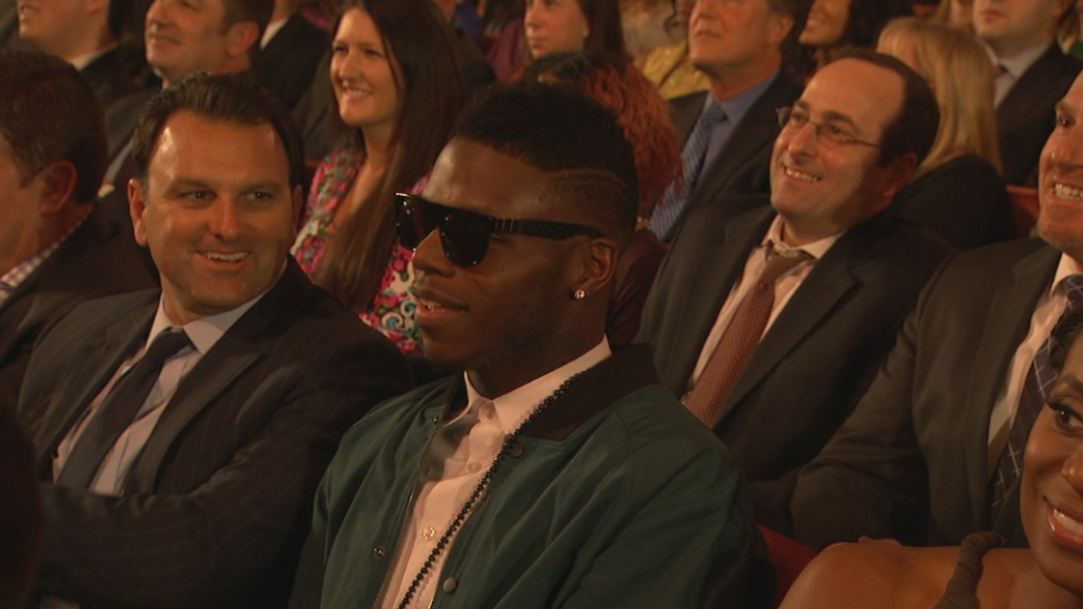 Browns WR Josh Gordon represents the Browns in style at the NFL Honors, as he sits alongside NFL agent Drew Rosenhaus.

Tonight, the third annual NFL Honors show will take place, where all of the coveted awards that the Associated Press hands out will be announced. The show begins at 8:00 PM EST on FOX and will be hosted by Alec Baldwin again; you have to wonder how many Browns-related jokes we will hear in the opening monologue. Unlike last year, I do not believe any members of the Browns are under consideration for the awards, but it should be a fun couple of hours to watch, nonetheless.

Pokorny's Ballot for the AP Awards

*Charles deserves it, but Manning will probably get it. I personally feel that the MVP winner should be ineligible for the sub-award.