Super Bowl 2014: Seahawks Will Win Behind a Defense That Can't be Stopped

Share All sharing options for: Super Bowl 2014: Seahawks Will Win Behind a Defense That Can't be Stopped

The Seattle Seahawks thrive off of the 12th man, but that's not the only reason they have made it to the Super Bowl, as evidenced by their 6-2 record on the road during the regular season. Now, the Seahawks are set to do battle with the Denver Broncos in Super Bowl XLVIII, and there's one big reason why Seattle will emerge victorious.

Why the Seahawks Will Win Super Bowl XLVIII

Defense Wins Championships: I am not a big fan of the saying, "defense wins championships," because I think it generally requires a complete effort from your team to win on the biggest stage of them all. The Seahawks don't have the type of weapons that Peyton Manning does, but Russell Wilson does a good job at not turning the football over, and Marshawn Lynch has proven to be one of the most clutch and physical running backs in the NFL. They can manage offensively with the right gameplan.

The big question is about their defense, and whether or not they can stop Manning from lighting them up. We're talking about a quarterback who shattered NFL records and is playing the best football of his career in his 15th season. Is Seattle up to the task? Absolutely.

This will be the fifth time in Super Bowl history that a No. 1 offense (Denver) has taken on a No. 1 defense (Seattle). Here are the results from the past:

No. 1 offenses vs no. 1 defenses in the @SuperBowl, since the merger (via @ESPN). pic.twitter.com/5sm0BHxGFI

We've already seen how much of an impact the Seahawks' defense has had in the postseason. Facing a 17-10 deficit mid-way through the third quarter last week against the 49ers, the Seahawks' defense forced three fourth quarter turnovers, including an interception as the 49ers tried to go for a game-winning touchdown with half a minute to go in the game. That's clutch. The man right at the center of clutch? Richard Sherman.

Say what you will about Sherman, but the guy might just be the best cornerback in the NFL right now. Don't get me wrong, I love Joe Haden, but Sherman has also done a great job standing up to the league's top receivers and coming out on top. He plays the ball very well, having notched eight interceptions in the regular season and being responsible for the game-sealing interception last week. He also brings an attitude to the Seahawks that I think a lot of his teammates feed off of.

Some people might think that Sherman is leaving himself open to embarrassment if he can't stop Manning, but Sherman has delivered amidst trash talk in the past -- he was built for this type of stage. Don't forget about Manning's history against cornerbacks in the Super Bowl either -- does Tracy Porter ring a bell? 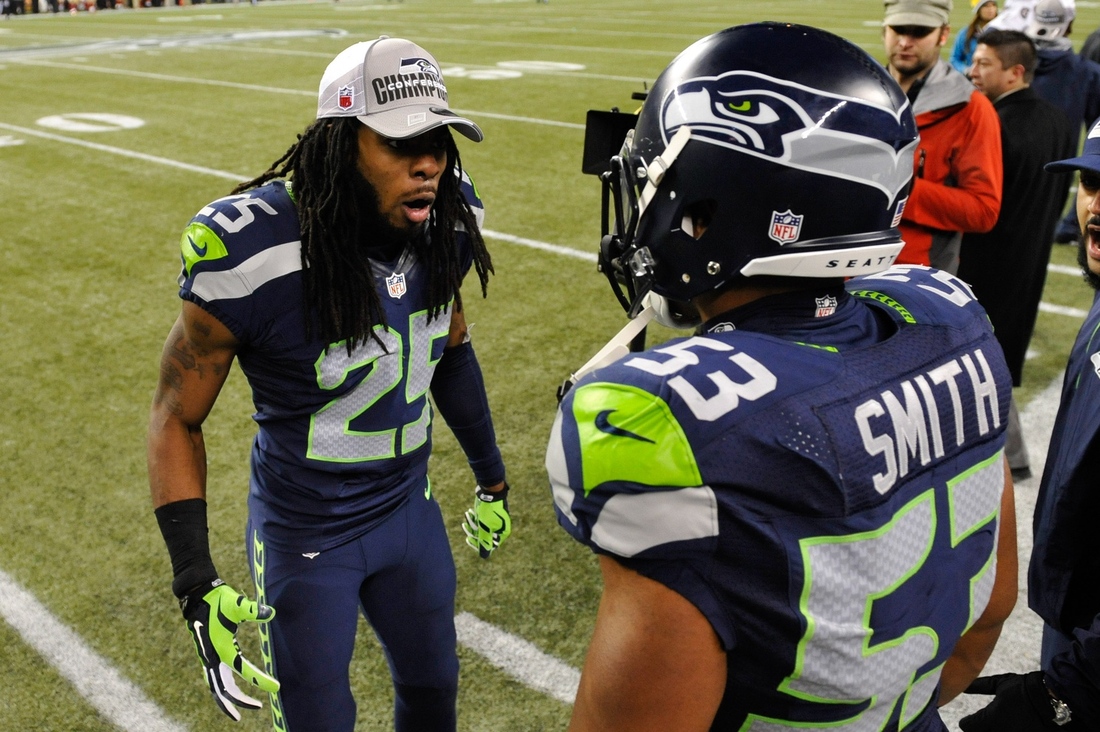 Seahawks CB Richard Sherman become a national sensation in the NFL after what he said following the 49ers game, but he's been playing at a very high level for two years. Photo Credit: Steven Bisig-USA TODAY Sports

Seattle's secondary isn't the only thing that can bring back bad Super Bowl memories for Manning -- the front seven can put a stop to Denver's running game, as our Seahawks affiliate points out:

I tend to think Denver's line is going to contain Seattle's pass rush fairly well. They may allow a sack, and a few pressures, but given how effective Peyton has been at getting the ball out, I have a difficult time picturing a dominating defensive performance that's actually probable. That said, I think Denver will have a difficult time running the ball on the Seahawks. Seattle has been up and down this season in rush defense but since the Tampa Bay game, Seattle has played the run very well. While Knowshon Moreno has had an excellent season, I don't think the 10 ranked rushing offense by DVOA will succeed against the 8th ranked rush defense. It's possible, but I don't see it happening. 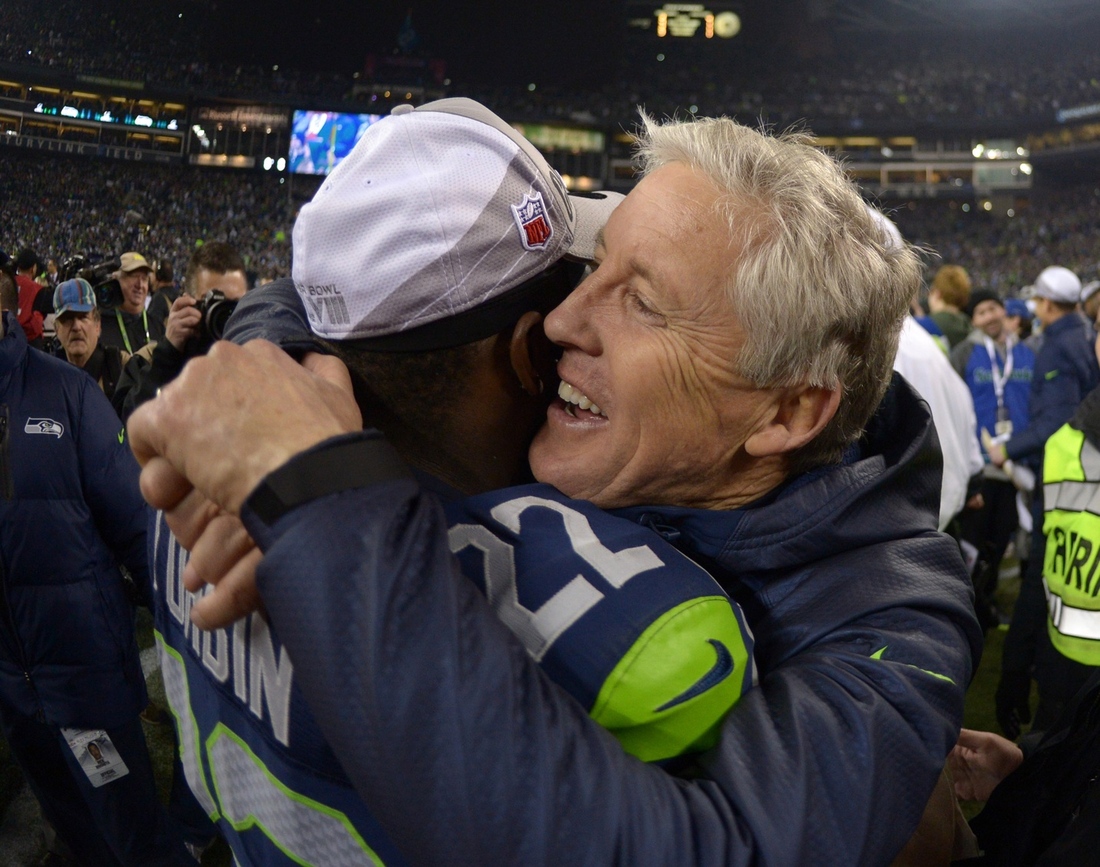 Sherman talked about the matchup Seattle's defense faces against Manning at media day:

(On disrupting QB Peyton Manning and Denver's offense): "I think the only way you can do that is to focus on yourself and focus on what you have to do, playing disciplined, sound football, being where you're supposed to be when you're supposed to be there and not really worrying about what they have to do. You can study the film; you can do everything and prepare yourself as best you can, but after that it really comes down to the execution. If you're worrying about them executing and you're not executing, then you don't have a chance anyway."

Remember that this is also a Seahawks team that held opposing offenses to under nine points six times during the regular season. The Broncos are used to a shootout style of play, but when they have several three and outs, the pressure will be on. Could Wes Welker have another postseason chokejob too, knowing that Seattle's secondary will be waiting to light him up? The Seahawks have stifled offenses like New Orleans, Carolina, and San Francisco. The Broncos are another beast, but so are the Seahawks. Their defense will drop Manning to 1-2 in Super Bowls, while Wilson hoists the Lombardi Trophy in just his second season.

To see the companion piece of why the Broncos will win the Super Bowl, click here.