For as much as we want to see entertaining Super Bowls, this was not one of them. The Seattle Seahawks pulled out one of the most dominant Super Bowl performances in NFL history, defeating the Denver Broncos by a final score of 43-8. The Seahawks never gave the Broncos time to breathe, suffocating them from start-to-finish, even when they had a big second-half lead. Here are a few notes from the game:

The Seahawks' Defense is That Good

Give credit to the Seattle fans who traveled all the way to East Eutherford, New Jersey, because for most of the night it sounded like the Seahawks had the advantage of the 12th man at MetLife Stadium. On the first play of the game, Broncos center Manny Ramirez snapped the ball over the head of Peyton Manning for a safety. After that, the Seahawks' defense proceeded to play physical on Denver's receivers, preventing them from getting the pick plays or rub routes they are accustom to. 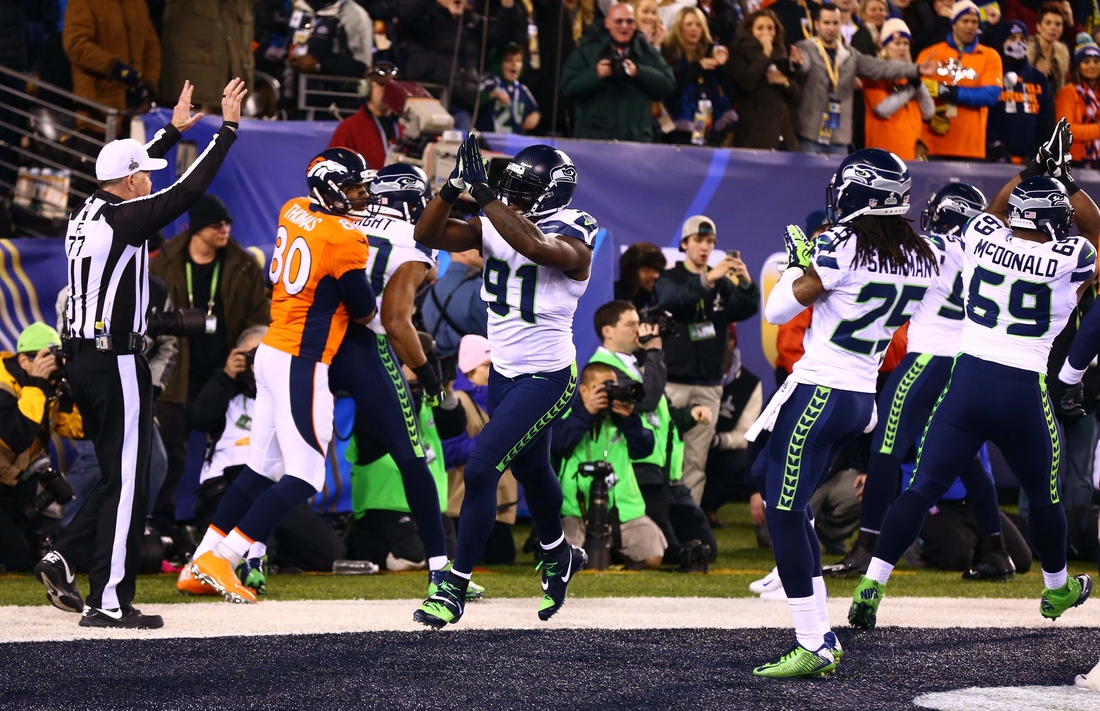 The Seahawks' defense was lights out against the Broncos.
Photo Credit: Mark J. Rebilas-USA TODAY Sports

The Seahawks' defensive front, led by Chris Clemons and Cliff Avril, got pressure in the face of Manning, helping to force two interceptions and a fumble. One of those interceptions was a pick six that made it a 22-0 game in the first half. Thinking maybe Denver could re-gather themselves in the second half, receiver Percy Harvin took the kickoff back for a touchdown. Not even Manning can come back from a 29-0 deficit. The only down note for Seattle's defense was that Richard Sherman left late in the game on crutches with an ankle injury, but he has a Super Bowl ring to help alleviate the pain.

I stand by what I said prior to the game: regardless of what happened in the Super Bowl, Peyton Manning is the greatest quarterback of all time. He's now fallen twice in Super Bowls, though, and is now at 1-2 in his career. This Denver team is good enough to get back to this stage next year, and it wouldn't surprise me to see a re-match for the Super Bowl in 2015. 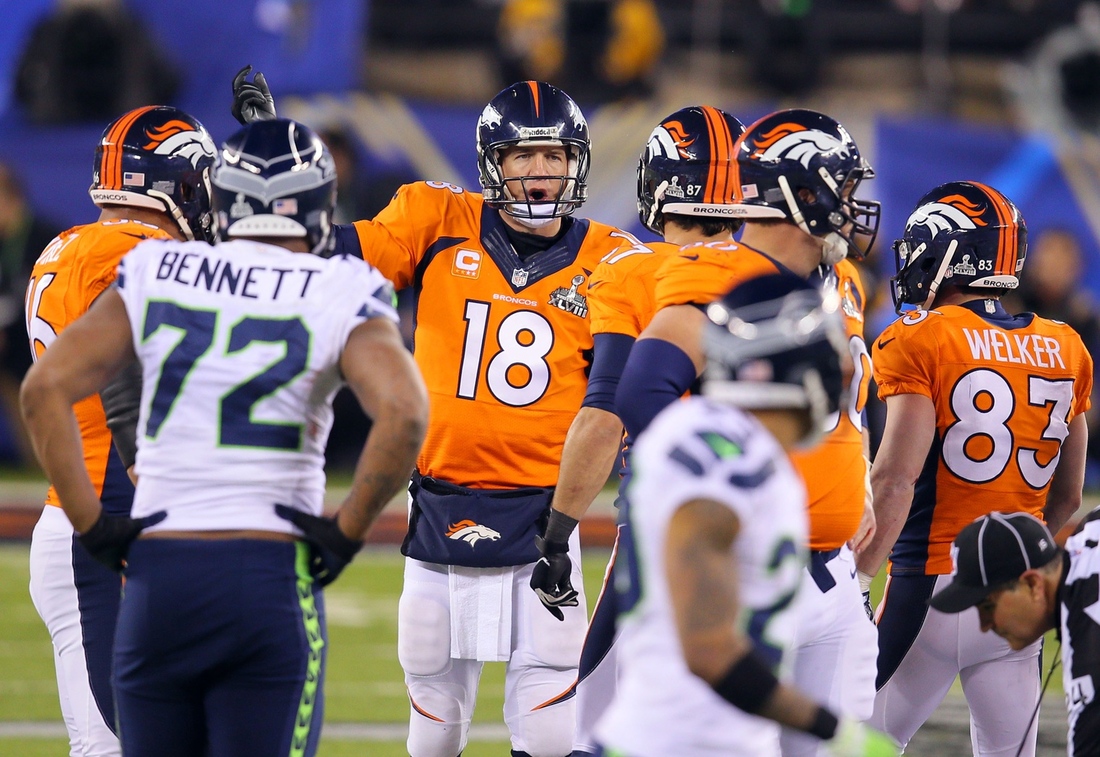 Peyton Manning fell to 1-2 in Super Bowls, but could be back on this stage one year from now.
Photo Credit: Adam Hunger-USA TODAY Sports

I wouldn't say Manning struggled in this game, because that would be unfair to pin it all on him. The Broncos were dominated in all facets. Manning executed the same plays that Denver has had success with all season, but Seattle was up to the task of stopping them. In hindsight, you have to wonder a bit if Adam Gase blew an opportunity to be a head coach too, turning down interviews with the Browns and Vikings.

Manning did set a Super Bowl record with 34 completions, and Demaryius Thomas set a record with 13 catches. Neither player is going to give a damn about those records, though.

What Did You Think of the Game?

How did the game go for you? I personally wasn't going to be crushed by who won, and if I was a Seattle fan, this would've been the greatest thing in the world. As a football fan, this was a terrible football game to watch. The season ends like that? Ugh. For all of the John Elway haters out there, though, did you take some extra joy in seeing the now-Broncos executive with a frown on his face all game long?