A look at the Browns' spending per position last season, and what might change this offseason.

Share All sharing options for: Reviewing the Browns' 2013 Salaries by Unit: Offense, Defense, and Special Teams

Earlier today, we looked at the fact that the Cleveland Browns have a whopping $45.46 million in cap space (roughly) this offseason. Now, let's take a look at how much money the Browns had invested in offense, defense, and special teams during the 2013 NFL season. There are a few disclaimers to be aware of with these figures:

We present a full breakdown of the Cleveland Browns having the third most cap space in the NFL heading into the offseason. 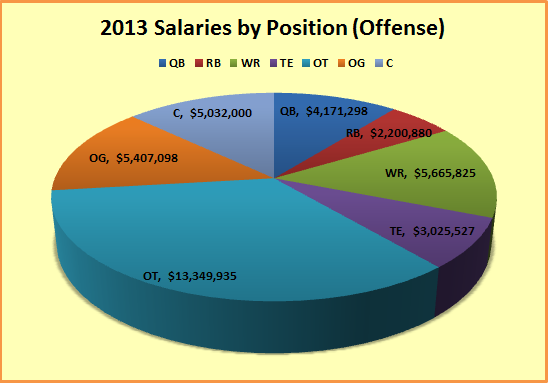 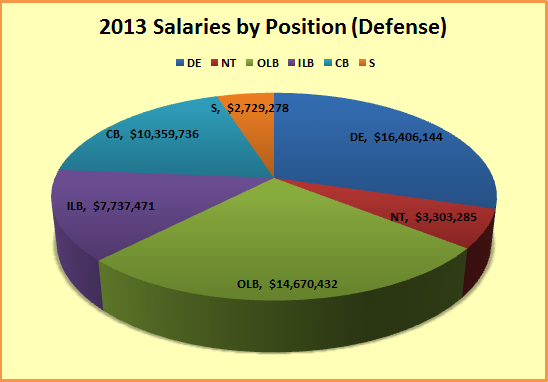 The Browns invested $2.30 million on special teams players, which was ranked 26th in the NFL. The Browns were higher at this figure in the past because they had been using the franchise tag on Phil Dawson.

Cumulatively, the Browns invested $96.36 million on players, which was ranked 26th in the NFL. Remember that these figures are for last season. To compare, we said the Browns' non-dead money for the Top 51 players in 2014 currently sits at $98.19 million. Looking at the pie charts for offense and defense, the figures that could change dramatically next year are at safety and center, specifically if the franchise tag gets used.