Reviewing whether it is worth it for the Cleveland Browns to retain center Alex Mack. We also look at how much money it could cost to keep Mack, either with the franchise tag or under a new contract.

Out of the seven free agents the Cleveland Browns have this offseason, C Alex Mack is the most important one to retain, with SS T.J. Ward being a close second. The Browns will have the option to re-sign Mack or use the franchise tag on Mack, and we explore both options below. 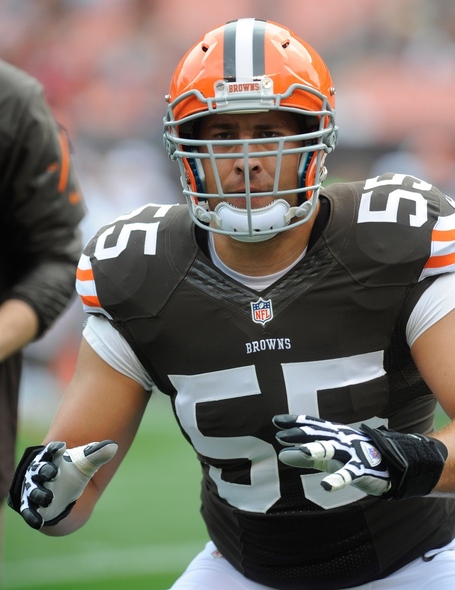 How and When He Joined the Browns: Here is a little bit of trivia for you: who was the center for the Browns prior to Mack? If you answered veteran Hank Fraley, then you were correct.

Fraley was the team's starting center from 2006-2008, and although he provided some nice stability in that role, he was getting up there in age. With the 21st pick in the 2009 NFL Draft -- the same slot Jeff Faine was drafted in six years earlier -- the Browns took Mack to be their new starting center.

Productivity Level Last Season: Mack didn't show any signs of regressing in his fourth year as a Pro, further establishing himself as one of the best and most consistent centers in the NFL. Pro Football Focus says he was the "fourth-highest graded player at the position [in 2013], excelling both in pass protection and as a run blocker." PFF actually gave him more accolades for his work as a run blocker.

Mack received end-of-the-season accolades last year, too. He made the Pro Bowl for the second time of his career, and was named a 2nd-team All-Pro for the first time in his career.

Why Keeping Him Could Make Sense: In four years with the club, Mack has not missed a single snap, even though there was a stretch during a season in which he had to have his appendix removed. When it comes to durability, Mack is the very definition of that, along with left tackle Joe Thomas.

The Browns have made it clear this offseason that finding a quarterback will be key, but how difficult will it be for that quarterback to survive if Thomas is the only reliable player blocking for him? You can't just go out and replace what Mack brings to the table in terms of pass protection, run blocking, and leadership. He would seem to have the quickness for what Kyle Shanahan wants to achieve on offense.

What the Browns Should Do: This is a no-brainer: the team should make every effort to re-sign Mack. They are in great shape cap wise, and a proven player like Mack is worth the investment. The question is, "will Mack want to stay in Cleveland?"

If I am in Mack's shoes, given the instability I've witnessed in Cleveland, I probably wouldn't mind at least seeing what other teams are willing to offer me. If that is the case, putting myself in the shoes of general manager Ray Farmer, I have to give in and use the franchise tag on Mack. Yes -- it would be expensive compared to other centers at $11.654 million for 2014, but it would give the front office a one-year extension to prove to Mack that the team is ready to take the next step forward in terms of contenting for the playoffs. If they can show that, perhaps Mack can be signed to a new deal before the end of the season. The deadline to use the franchise tag is Monday, March 3rd, by 4:00 PM EST.

If the Browns are able to avoid the franchise tag and re-sign Mack, I think, we are looking at the Browns getting away with a valuation of $7.5 million per year, and around $18 million guaranteed. That would either be a 5-year deal worth $37.5 million, or a 6-year deal worth $45 million. If Mack wants more money -- similar to what Ryan Kalil got -- the Browns have to be firm that the Panthers were foolish to give him the type of contract they did, and will be paying for it in the coming years.

Click here to see salary cap projections if Mack & Ward are both re-signed.

Now it's your turn -- vote in the poll below on whether or not the team should try to re-sign or franchise Alex Mack!