Reviewing whether it is worth it for the Cleveland Browns to retain offensive lineman Oniel Cousins for another season.

The Cleveland Browns didn't have many of their own free agents this offseason, as we are already covering our final player in OL Oniel Cousins. 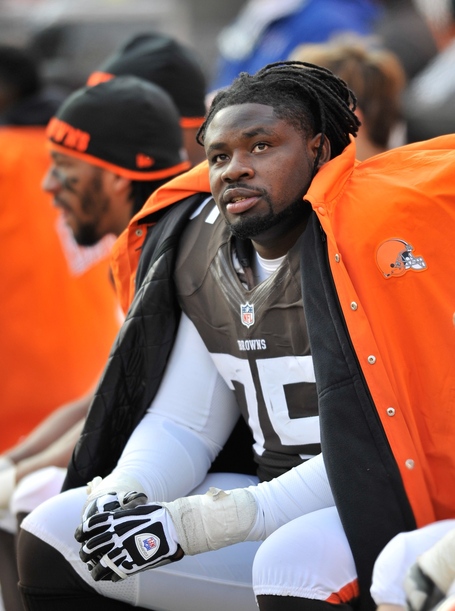 How and When He Joined the Browns: A third-round draft pick by the Baltimore Ravens in 2008, he never really impressed and was eventually waived prior to the start of the 2011 season. The Browns then claimed Cousins off waivers (and signed him to a two-year contract after the season was over).

Productivity Level Last Season: There was no redeeming quality about Cousins' play as a starting guard last season. He was forced into the starting lineup to start the year after injuries to Jason Pinkston and Shawn Lauvao. I am not kidding when I say this -- Cousins looked like the worst offensive guard I've ever seen in all my years of watching football.

Why Keeping Him Could Make Sense: I always play devil's advocate in this section, but I can't do it for Cousins. He's not worth a roster spot.

What the Browns Should Do: Don't contact his agent, and don't return his calls.

Now it's your turn -- vote in the poll below on whether or not the team should try to re-sign Oniel Cousins!