Happy Memorial Day from Dawgs By Nature & the Cleveland Browns!

Share All sharing options for: Happy Memorial Day from Dawgs By Nature & the Cleveland Browns! 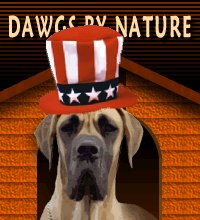 We here at Dawgs By Nature hope that everyone has a pleasant Memorial Day today, as we remember those left behind. The weather in Cleveland is going to be beautiful today -- reaching the high-70s to low-80s -- so we hope your barbeque plans go smoothly!

In terms of what to follow in sports today, the Browns are off, but will resume OTAs tomorrow. The Indians play the Chicago White Sox today at 2:10 pm. Head on over to Let's Go Tribe for all of the baseball coverage you will ever need.

Lastly, check out the photos below, as member our team honor our armed forces:

#Browns Players extend military appreciation through @nfl Salute to Service for those who have served our country pic.twitter.com/a9zeyxhhWS

Joe Thomas shows his continued support for those who serve our country @USONorthernOhio #Browns pic.twitter.com/ZdTREGCckr

You can check out more photos here.