Why Jimmy Graham is a TE and it's bad for the NFL, even if it gives Browns leverage over Jordan Cameron

Share All sharing options for: Why Jimmy Graham is a TE and it's bad for the NFL, even if it gives Browns leverage over Jordan Cameron

Jordan Cameron took notice and he was sure not to make the same $5 million mistake. Cameron is now self-stylized as "Pro Bowl pass catcher" on his Twitter bio.

Truth be told, it's a more accurate descriptor than either TE or WR given the climate set forth by Stephen Burbank's ruling as arbitrator in Graham's grievance hearing about the Saints' use of the TE label on him for franchise tag purposes.

Is it absurd to find that four of the exhibits in Burbank's full decision are there to explicitly illustrate how Graham refers to himself on social media? Sure, but it is just four of the well over 40 in a decision that tops over several thousand words.

Nonetheless, the entire league, players and teams alike have taken note of every one. Pass catchers like Graham, Cameron, Vernon Davis, Rob Gronkowski, Julius Thomas, even rookie Eric Ebron and many more have a lot at stake.

The precedent has been set.

In the end, it was an argument over semantics not practicality.

It was never about arbitrary roster labels. It was about leverage in contract negotiations with tens of millions of dollars on the line, five of which were directly tied to that arbitrary label.

Not to be deterred, Burbank opted for a new method to determine whether or not Graham was playing as a tight end or receiver:

In sum, I conclude that Mr. Graham was at the position of tight end for purposes of Article 10, Section 2(a)(i) when, at the snap, he was aligned adjacent to or "arm's-length" from the nearest offensive lineman and also when he was aligned in the slot, at least if such alignment brought him within four yards of such lineman. Since Mr. Graham was so aligned for a majority of plays during the 2013 League Year, the NFLPA's request for "a declaration that the correct tender for Mr. Graham is at the wide receiver position" is denied.

In layman's terms, according to Burbank, despite being lined up in the slot 45% of the time, Graham was still a tight end during those plays if he was within four yards of the nearest offensive linemen. When added to the plays where Graham was actually lined up as a traditional TE, it then accounted for the majority of his snaps. How convenient.

Well played, Mr. Burbank, finding that elusive greater than 50% qualifier merely for this ruling. Not that it was needed with all of the other compelling evidence, such as a five-word biography on Twitter.

However, what appears on the surface to be a win for the teams and owners, could ultimately turn out to be a bad move for the NFL as a whole.

As noted above, this decision impacts more than just Jimmy Graham. The significance of this ruling could ripple through the league until the next collective bargaining agreement. The current CBA runs through 2021.

The way next-generation pass catchers like Graham and Gronkowski have influenced offenses in the league, and how defenses have to respond to them, is self-evident. Until the TE franchise tag issue is addressed again, expect these pass catchers to do everything in their power to label themselves something other than "tight end," all the way down to NFL draft prospects.

If what we've seen here offers any insight into how the teams respond, expect them to do the opposite.

Albert Breer of the NFL Network considered one interesting element of this 4-yard precedent to be that it could even affect how teams will use these sort of players in the future.

Salary issues in the NFL have directly affected teams' on-the-field decisions plenty of times before. There's reason to believe it will continue. And when it happens, the league will be letting an arbitration ruling such as this, $5 million in Saints' leverage over Graham, actually impact their overall product on the field, which is a potentially a disastrous precedent to set.

Leverage so the Saints can talk Graham's camp down away from a contract that would actually pay him fair market value for his offensive production.

Jimmy Graham is a tight end. A tight end on Twitter, the draft, the Pro Bowl. It cost him $5 million yesterday and however much more depending on the way this leverage impacts the guaranteed money in his next (and first) long-term contract.

Of course, his presence in the Saints' offense is so much more than any arbitrary roster label could illustrate. Graham, regardless of any label, is an elite pass catcher and the Saints will need him. He deserves to be paid like it. 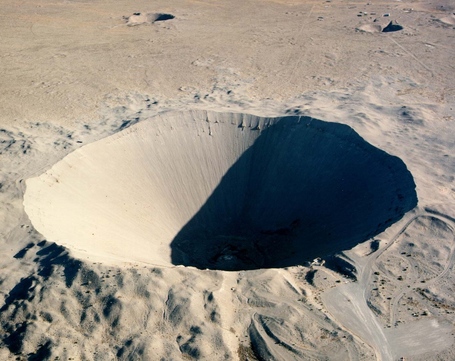 If this case has shown us anything, it's that the franchise tag system is broken. Production is far more important than any label. Even if it means the Browns will have to pay more for Jordan Cameron when the time comes. Pass catchers deserve fair market value as pass catchers. Wide receiver needs to be combined with tight end for franchise tag purposes.

Until then, Graham should hold out indefinitely until he gets the contract he deserves, one that's worthy of his production and impact to the Saints offense.

According to NFL.com, Graham and the Saints are starting negotiations at "ground zero." That ground zero ought to look like a crater.