Per Mike Florio at Pro Football Talk, NFL Network decided not to air a replay of the Saturday's game between the Cleveland Browns and the St. Louis Rams.

Why? This was the reason according to Florio:

So why did NFL Network dump the Rams-Browns contest?  Per a source with knowledge of the situation, the Browns disregarded the new ban on virtual signage during preseason contests.  Which prompted NFLN to in turn disregard the Browns’ broadcast.

Virtual signage are advertisement images that do not physically exist at the stadium but are added to the broadcast film via computer. These often appear as logos projected onto the field. Per Florio, the Browns' version of the broadcast had some of these images and was the copy of the game that NFL Network was scheduled to air. The NFL has a rule against using virtual signage in preseason telecasts. Due to the violation of this rule, NFLN canceled their re-airing of the game and will now wait until they can obtain a copy of the St. Louis Rams' broadcast of the game.

So, for those of you who were wondering why NFL Network was airing another game when the schedule said it should be ours: you have your answer. I'm with you, I was eager to watch the game again -- bloodbath that it was -- and was disappointed to find the Ratbirds™ playing some Washington team.

Here are two examples of the offenses, with a Value City Furniture advertisement being overlayed on the field: 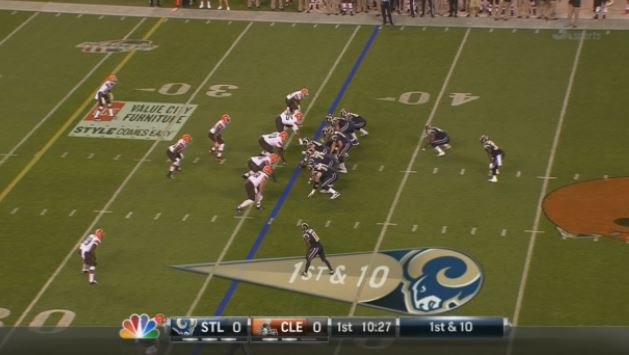 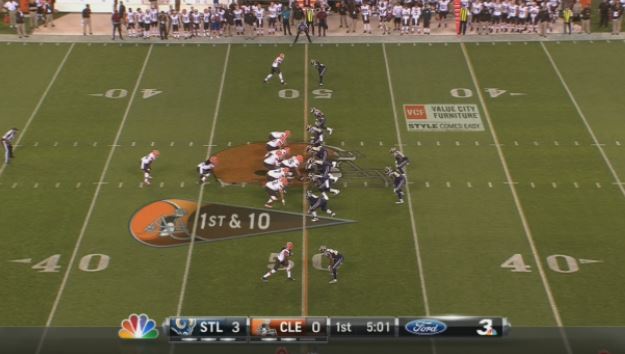