You can decide how the Browns end zone should look this season.

Share All sharing options for: Vote on the Browns End Zone Design

The Browns have focused much more on fan experience since Jimmy Haslam bought the team.

Kevin Griffin was hired as Vice President of Fan Experience & Marketing in 2013, First Energy Stadium received a facelift this summer, and Swagger was brought in to be a team mascot.

And now you, the fan, can decide on which end zone design should be used at First Energy Stadium.

This morning, the Browns send out a tweet asking fans to vote on which design they like better. There are two options. The first features brown letters and an orange background, while the second has orange letters and a brown background. The winning end zone design will be painted on the field for all eight games, starting with the home opener against the Saints on Sunday, September 14. 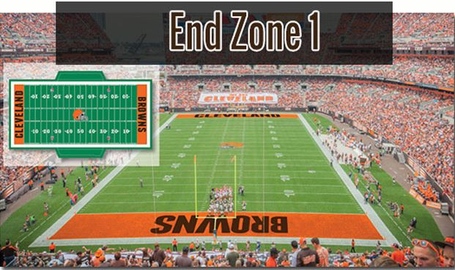 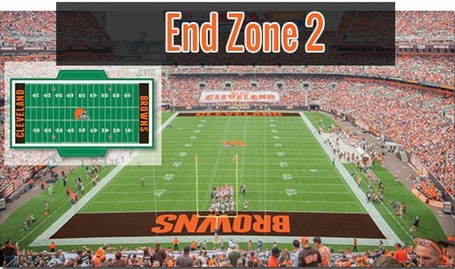 Make sure to vote for your favorite over at ClevelandBrowns.com before the deadline on Friday at 11:59 p.m. Also, don't forget to let us know what you think in our poll and comments section below.