Who gets to watch the Browns vs. Steelers game on television this week?

The map below lists the games that will air on CBS at the 1:00 PM EST time slot (coming from 506sports). Most of Ohio gets to see the Browns this week, but the Bengals vs. Ravens game creeps into the Cincinnati-Dayton area. Determine based on the map below whether you will get to see the Browns vs. Steelers game this week. 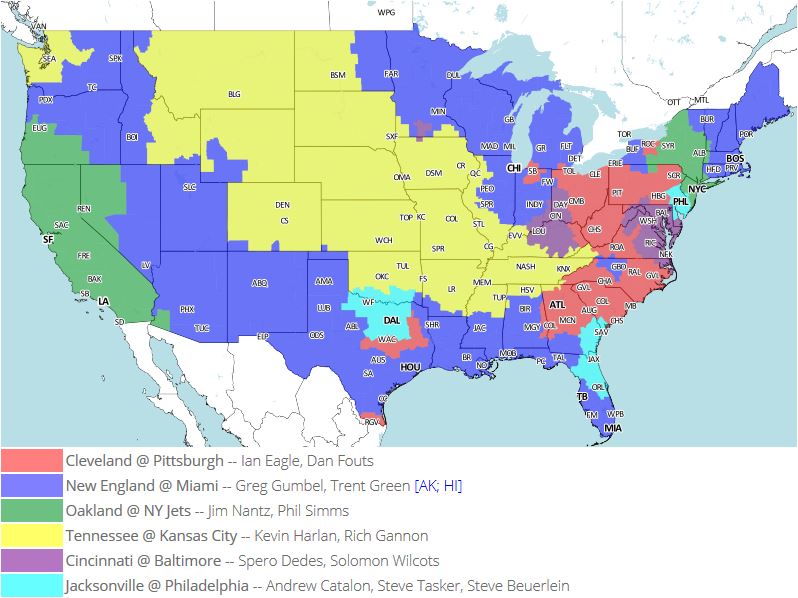 The Browns game will be commented by Ian Eagle and Dan Fouts. We were originally pegged to get Jim Nantz and Phil Simms, but apparently CBS had a change of heart once it was revealed that Johnny Manziel would be the team's backup. Eagle and Fouts were promoted to being CBS' No. 2 team this year. If you live in the Cleveland area, these are the games you will be able to watch on Sunday:

The Thursday night game to open the season features the Green Bay Packers taking on the Seattle Seahawks. We will have a game thread for that here at Dawgs By Nature, so be sure to check in for that.