Reviewing whether it is worth it for the Cleveland Browns to retain safety Johnson Bademosi, who is a restricted free agent.

Our next free agent review looks at safety Johnson Bademosi. 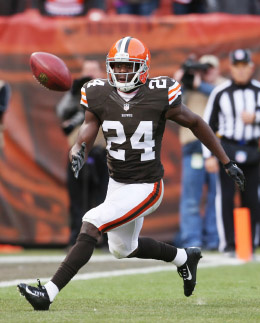 How and When He Joined the Browns: Bademosi signed with the Cleveland Browns as an undrafted free agent in 2012. He started out as a cornerback before moving to safety, but ultimately, he has been a special teams player.

Why Keeping Him Could Make Sense: For three straight years, Bademosi has led the Browns in special teams tackles. He's the type of player you keep around on the back end of your roster, even if they don't contribute on defense.

The price tag of an original round tender is too expensive for Bademosi. I would let him become a free agent and then try to sign him to a three-year deal worth a total of $2.5 million.

Now it's your turn -- vote in the poll below on whether or not the team should try to re-sign Johnson Bademosi!