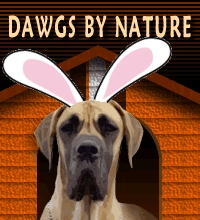 To Cleveland Browns and Dawgs By Nature fans across the world, I hope you have a Happy Easter!

The Browns have added some eggs to their basket this offseason (Robert Griffin III, Alvin Bailey, Demario Davis, Justin Tuggle, Rahim Moore), but have also said goodbye to more than a handful of their own players (Johnny Manziel, Dwayne Bowe, Travis Benjamin, Alex Mack, Mitchell Schwartz, Karlos Dansby, Craig Robertson, Tashaun Gipson, Johnson Bademosi). When you stack up the additions against the subtractions, the caliber of talent that was subtracted looks alarming on paper, but Cleveland has some assets in the draft to rebuild.

Members of the Browns have been leaving their own Easter-related messages on Twitter today:

Hallelujah, our savior is alive! Death has been conquered. Thank you, Jesus!! #HeIsRisen