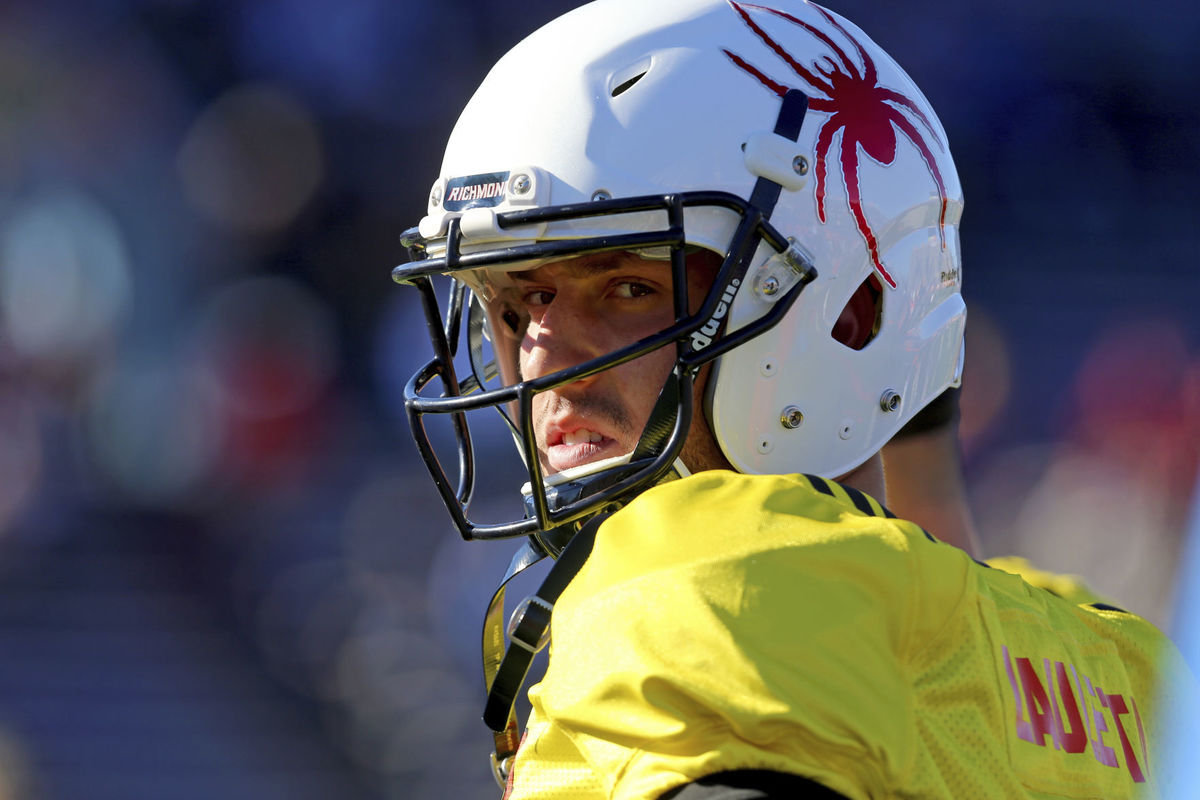 If you like a QB that is a true pocket passer that's both accurate and throws the football with anticipation, also places the football almost perfect.... Kyle Lauletta is the guy to like this draft.

The senior signal caller out of Richmond has been molded to be a successful NFL QB since an early age. His father (played QB for Navy), grandfather, brother and uncle all played college football. Kyle was not even 5 years old when he started playing football back in 1999. His father can be handed the award for getting his son into football by fudging Kyle's date of birth to say he was old enough to play flag football when Kyle was 4, in that league you had to be 5 to play. His father ran the league, and despite Joe (father) signing his underage son up for flag football at an early age, he let Kyle choose his own path.....with some slight nudging. Joe worked with his son on mechanics in the back yard and at local gyms.

"I played everything as a kid," Lauletta said. "My parents never forced me to play football. I just loved it. Man, I was the most competitive kid. If you asked my parents about me when I was younger, I was the most competitive kid ever. I would throw a fit when I would lose, and I would get real upset, no matter what it was. If we’re playing a board game, I’m just trying to rip people’s heads off and win. That’s how I always was."

In high school (Downingtown East-Pa) Kyle did not start at QB until he was a junior, sitting on the bench as a back up behind his brother Trey. Once given the opportunity to start in the Pro style system that Downingtown East ran, it really helped Kyle to be prepared for the college level. Suffering a knee injury in his senior season playing Lax, Kyle did not get the chance to showcase his abilities in front of FBS coaches at camps heading into college. The chip on his shoulder still remains as Kyle selected Richmond as his college.

"I thought I was good enough to play at that level," Lauletta said. "I got recruited by a lot of those schools but for whatever reason they didn’t pull the trigger on scholarship offers. I thought Richmond was an outstanding place for me to go. I get a world-class education, I get an opportunity to play CAA football, which is still very, very competitive."

Red-shirted in 2014 Lauletta continued to showcase his abilities as a pro style QB from 2015-2017 with his best games in 2017 coming against at Sam Houston state, and at home vs Howard.

"I love to be coached and there’s so many people that have coached me hard and really pushed me, really helped me to be where I’m at right now," Lauletta said.

Lauletta has had his share of coaching changes at Richmond. Jeff Durden being the latest OC at the school ( 4th in 4 years) took notice of Kyle as soon as he saw the kid on the field.

"Student of the game" Durden used to describe Lauletta. " I make fun of him all the time. He carries a little notebook, he looks like a reporter. He is always writing stuff down to reference in the future. When you tell him something, he's going to remember it and use it".

"always carry a notebook where ever I go" Lauletta said at the senior bowl (which was blue, he used a brown one at Richmond). "I like to have everything written down. I keep my notes neat and organized, it's definitely a big part of my game" Kyle said when asked about the notebook at the senior bowl.

Tale of the tape:

Another study of Lauletta's game is how well he keeps his eyes down field at all times.

Here we can see that Lauletta is a bruiser as well.

When the pocket breaks down, and there is no option down field, Lauletta takes matters into his own hands.

One of the knocks that seems to be out there about Lauletta is arm strength. As you can clearly tell, that is not an issue.

Here Lauletta shows his ability to sell the play action and make the LB bite hard, use the pump fake to pause the DB and throws a dime to his WR in stride.

With the "big names" in this up coming NFL draft set to showcase their skills at the 2018 Senior Bowl, it was Lauletta going 8-12, throwing 198 yards and tossing 3 TD's that stole the show and was named MVP of the game.

Here we can see again Lauletta keeps his eyes down field and places the football perfectly for another score connecting with Deon Yelder for the South team.

In the 4th quarter with the game basically in the books Lauletta puts the nail in the coffin connecting with Marcell Ateman for a 14 yard TD ( again showing his skills with ball placement).

Some will say Kyle is a one read QB. I say that is not the case. 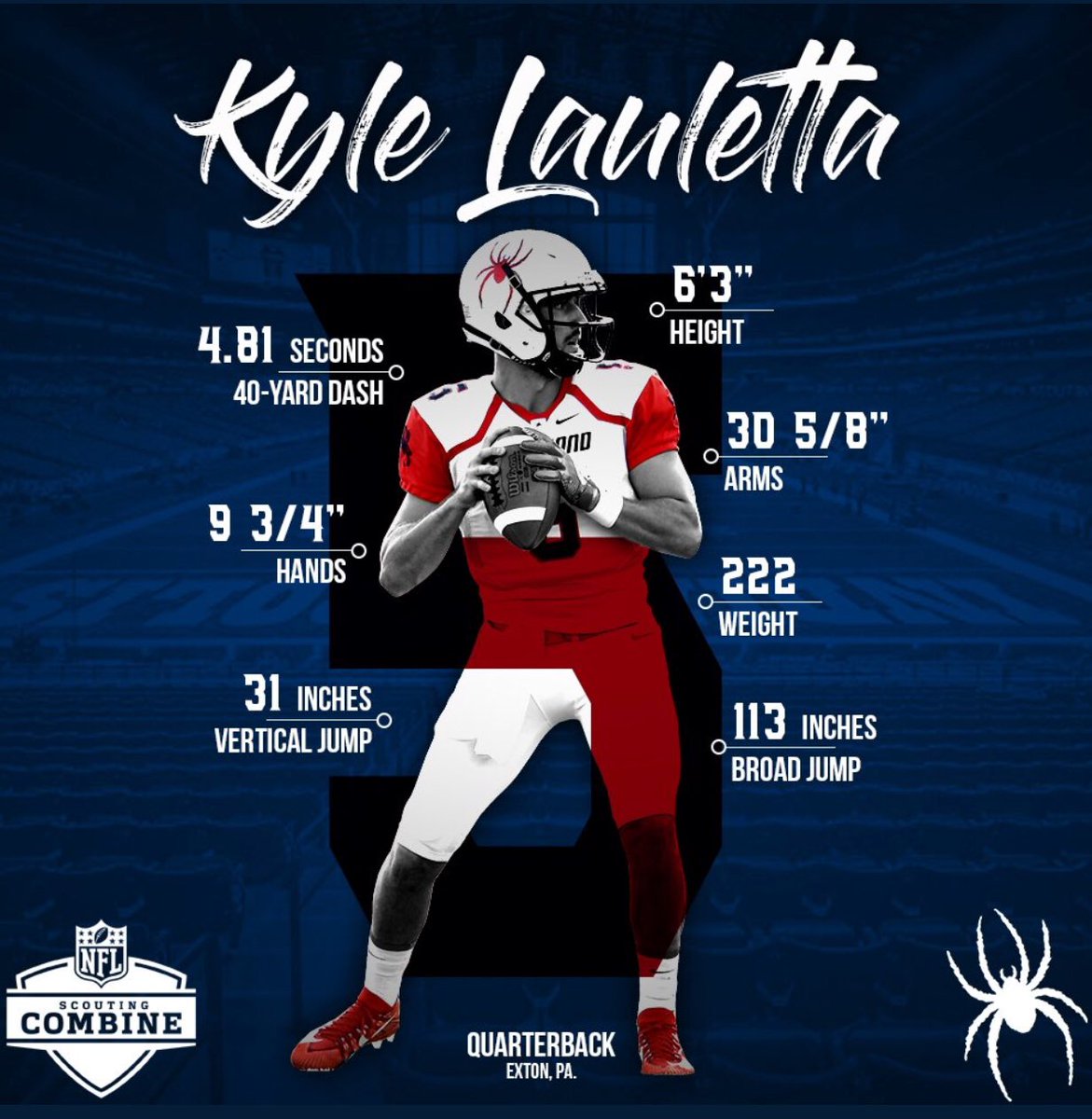 Putting up an impressive 4.8 40 yard dash time for a pocket QB the Richmond spiders QB is also prototypical size for any NFL team at 6'3" weighing 222 lbs. 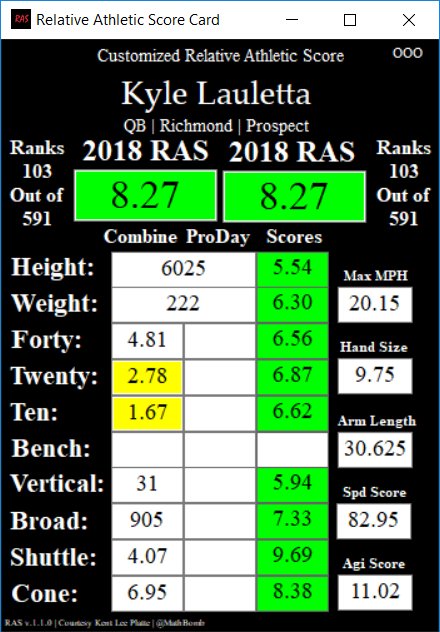 Lauletta again shows why his name is on the up raise as a NFL QB coming out of college.

One of the things I keep hearing about Lauletta is how he is a one read QB. Lauletta is known for locking onto a pass catcher at times but his reads after his first are typically his best. 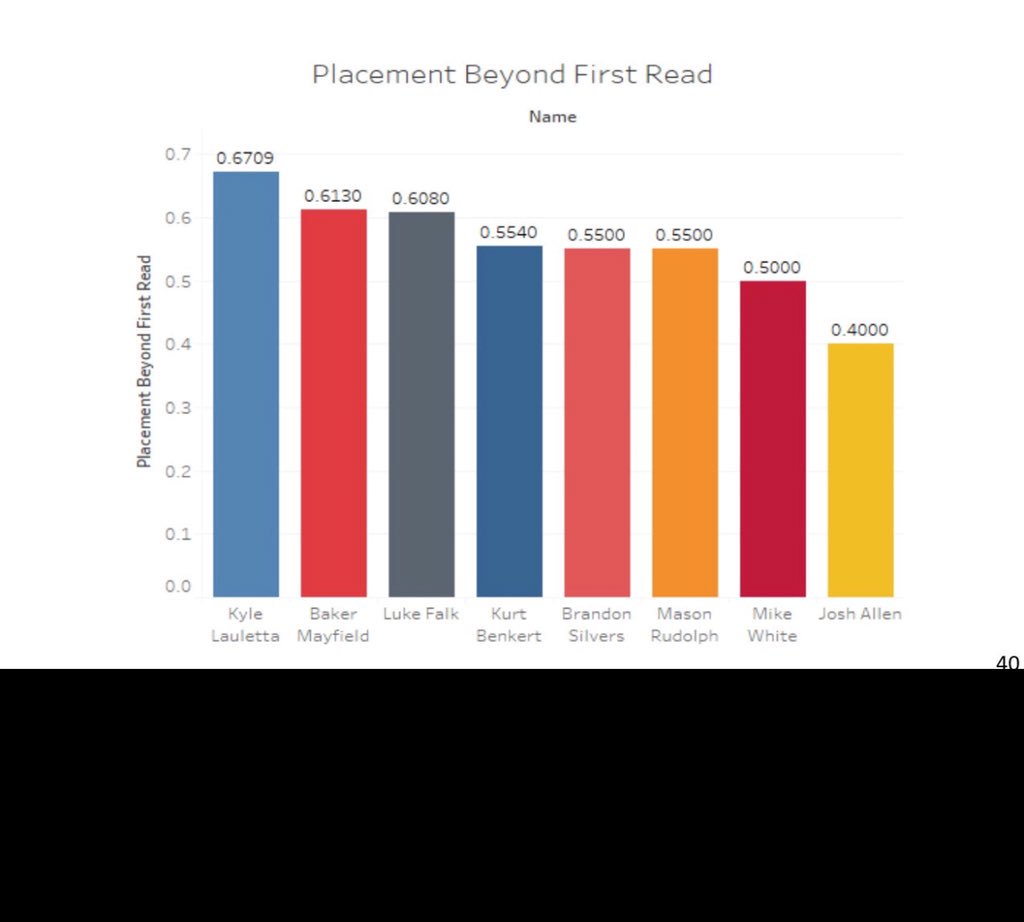 *again coming out better than the "big name" QB's in the up coming draft.

*his flaws are not as bad as the other "top" QB's in the draft. 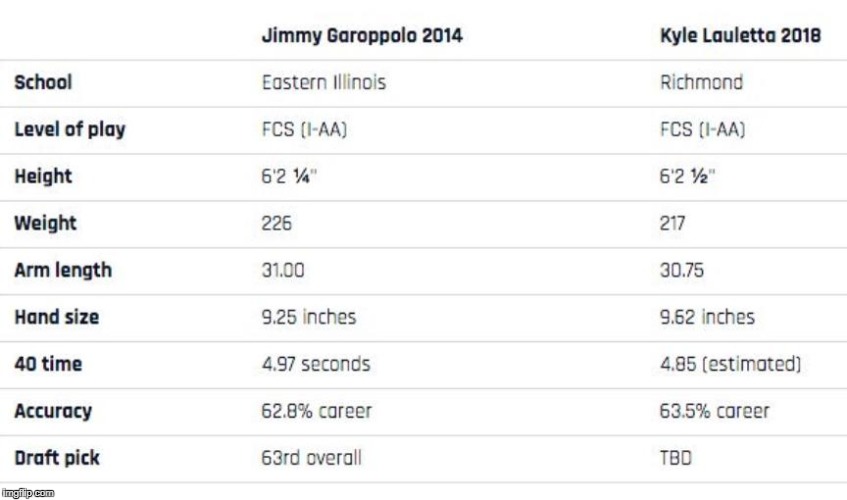 If you would like to know a bit more personal things about Lauletta check out this interview from NFL draft diamonds.

How would you rate Lauletta heading into the NFL?

More from Dawgs By Nature