“when Marino is throwing it, that old break on the ball s*** don’t work”

As Browns fans, you are probably familiar with (what turned out to be) the surplus of coaching talent on former head coach Bill Belichick’s 1995 staff. It included coaches such as Jim Schwartz, Kirk Ferentz, Eric Mangini, and Nick Saban (not to mention front office personnel Scott Pioli, Phil Savage, Ozzie Newsome, Michael Lombardi, and Thomas Dimitroff).

Many former members of that Browns’ staff have gone on to varying levels of success but arguably none have enjoyed the kind of success that Saban is currently experiencing at the University of Alabama.

Oddly enough, one of the adjustments that Saban, Belichick, and company made in Cleveland ended up being one of Saban’s most influential scheme innovations. This innovation has spread so far, in fact, that it appears to have influenced new Cleveland Browns Defensive Coordinator Steve Wilks.

This invention was a Pattern Match Cover 3 zone coverage, or more specifically the “Liz/Rip” adjustment to Cover 3. “Pattern match” zone coverage refers to a set of rules for playing a sort of matchup zone, and if Saban and Belichick didn’t invent this concept outright in Cleveland they at least brought it to prominence at exactly the right time. Fast forward 20 years and many of the defensive schemes that are able to contain today’s offenses rely on pattern matching.

Speaking at a coaching clinic, Saban explained the reason that 95 Browns staff made the innovation. If a defense covers every receiver and keeps two safeties deep, they have a good chance to cover the pass but they lack the numbers in the box to stop the run. If the defense leaves only one safety deep, they have the numbers to stop the run but are more vulnerable against the pass. This is a classic defensive conundrum, and the 94 Browns were no exception.

This started with the Cleveland Browns, I was the defensive coordinator in the early 90s and Pittsburgh would run ‘Seattle’ on us , four streaks. Then they would run two streaks and two out routes, what I call ‘pole’ route from 2x2. So we got to where could NOT play 3-deep zone because we [...] played zone, and what I call “Country Cover 3” (drop to your spot reroute the seams, break on the ball).

Well , when Marino is throwing it, that old break on the ball s*** don’t work.

Above, Saban outlined two passing concepts that are commonly used against a single high safety look. “Seattle” aka “Four Verts” is designed to attack the seams in Cover 3:

And “Pole” looks exactly like four verticals until the inside receivers break off their routes. Saban continued:

The 1994 Browns went 13-5 , we lost to Steelers 3 times, lost 5 games total. We gave up the 5th fewest points in the history of the NFL, and lost to Steelers because we could not play 8-man fronts to stop the run because they would wear us out throwing it

We came up with this concept; how we can play cover 1 and cover 3 at the same time, so we can do both these things and one thing would complement the other. We came up with the concept “rip/liz match”.

“Rip” and “Liz” are calls that Sabans’ defenses make to alert the defense as to which side the safety will drop into the box. And the Rip/Liz concept refers specifically to Saban’s style of Cover 3 match:

As you might imagine, “Rip” is short for right, while “Liz” is short for left. In this case, the call is to alert the underneath defenders of where a deep safety will drop down and insert himself into the coverage. Note that Rip/Liz is a call that Saban uses exclusively to adjust to 2x2 sets.

In Rip/Liz, Saban’s corners are going to take the #1 receiver (the widest receiver to their side) man to man unless that receiver runs inside in the first 5 yards. If #1 is inside, the corner makes an “under” call and zones off. 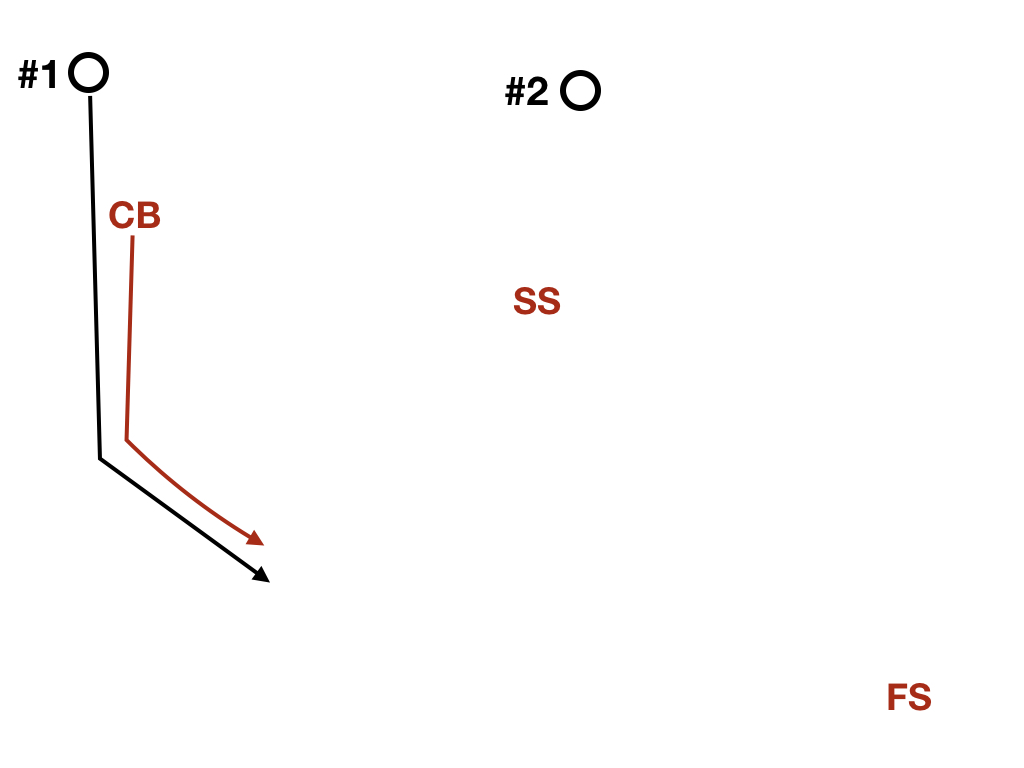 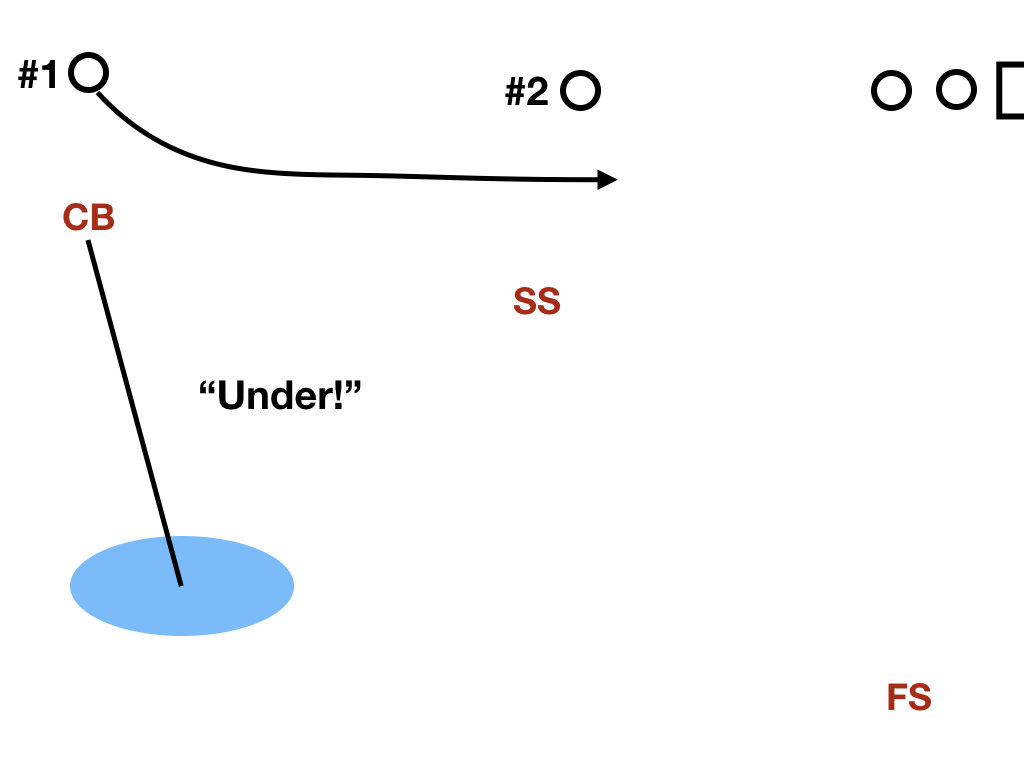 The next defender inside will take #2 (the second widest receiver) man to man unless he runs inside within the first 5 yards. This player has the critical job of keeping their receiver out of the seam. The help in Cover 3 is in the middle of the field, both short and deep. So this defender will attempt to squeeze any seam route from the outside-in, funneling the route to the middle of field safety. 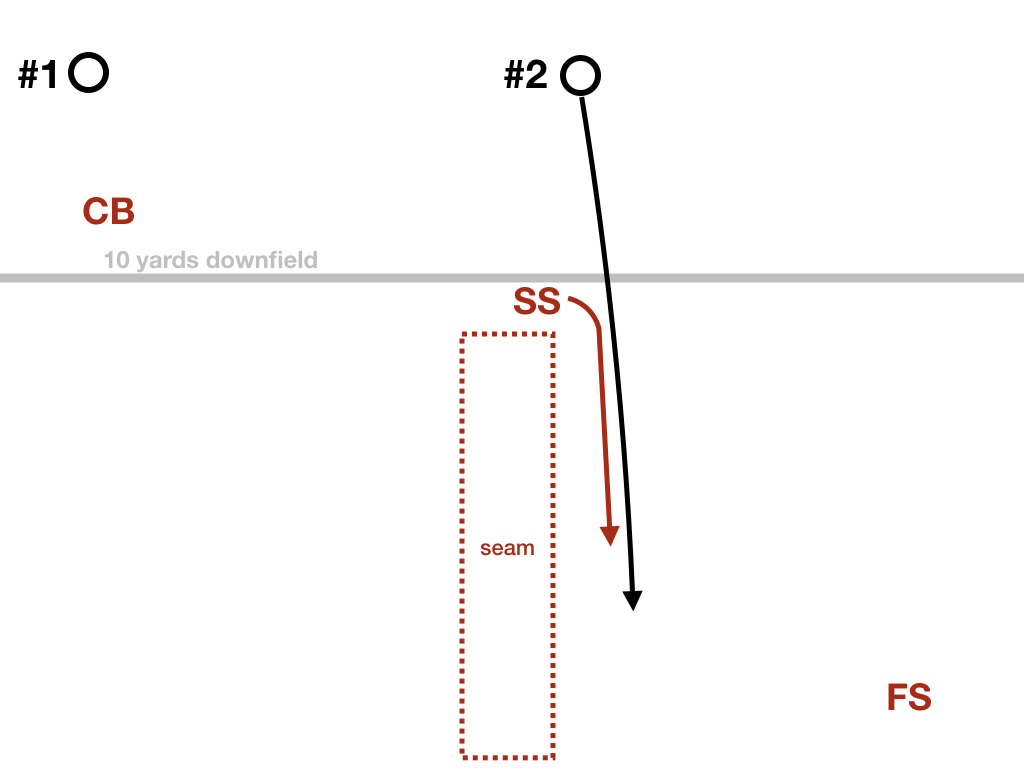 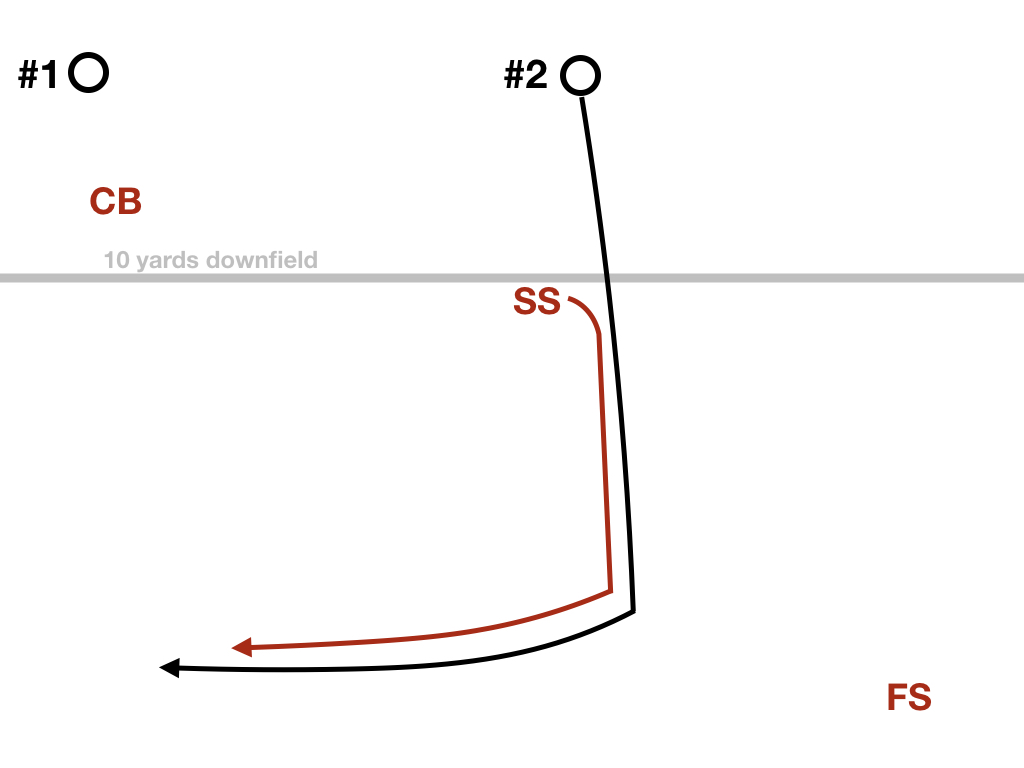 Also of note: this player must maintain outside leverage, which is key to defending the “Pole” concept. If this player plays with proper leverage and technique, he is responsible for defending what Saban considers to be two of the most threatening pass routes vs Cover 3. If #2 is under, this player will drop under a potential curl by #1, then look for work in the flat:

The next defender inside will first listen for an “under” call from the opposite side of the formation. If he gets that call, he will cut any underneath crossing route . With no “under” call he will match #3 to his side (in this case, the RB). 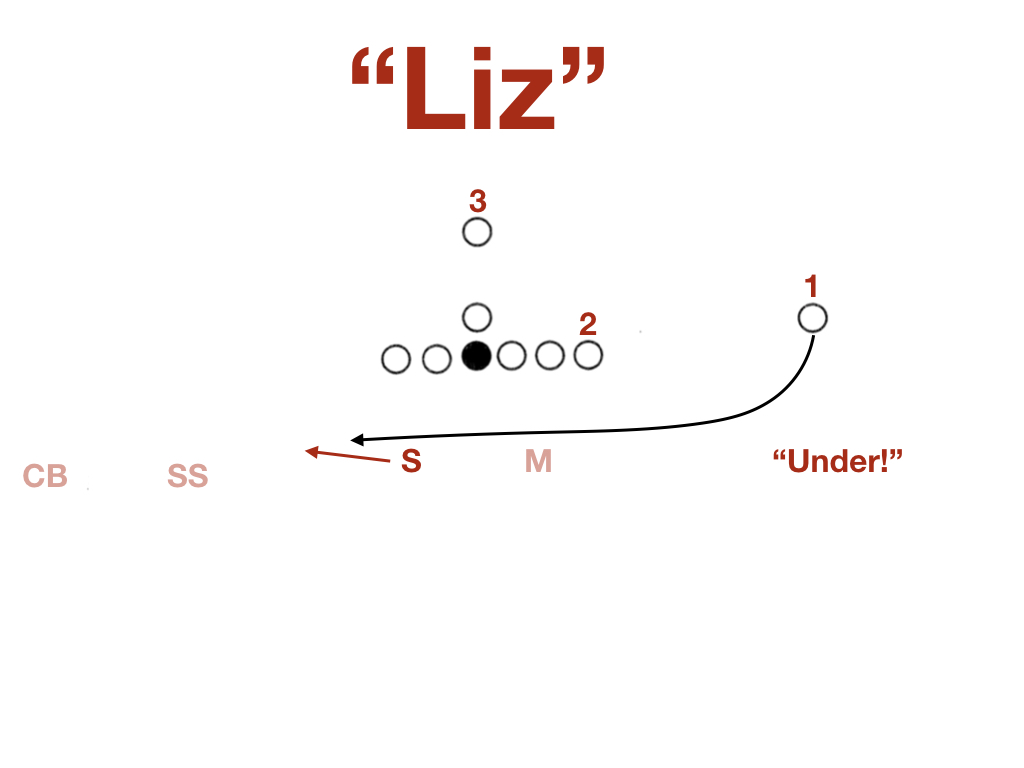 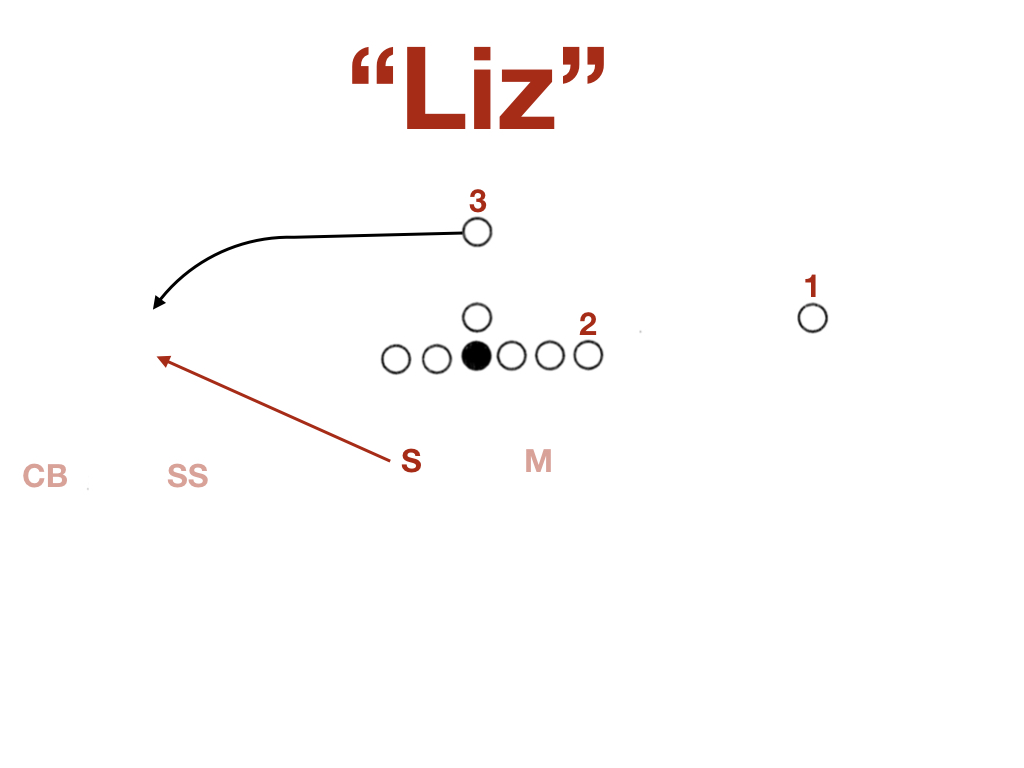 If #3 goes the other way and there is no under call, he will zone off:

When executed well, pattern matching Cover 3 such as Rip/Liz can handle all of the common route combinations while still allowing the defense to get enough men in the box to stop the run.

I’ll look at new Browns Defensive Coordinator Steve Wilks’ brand of Cover 3, which is one of the most common coverages you are likely to see from the Browns next year.