Much like the Split Zone run concept, the Ravens used Power O with good frequency toward the end of last year. Though it is traditionally run from a I formation with a fullback and tight end, the Ravens ran this play a variety of ways from spread formations: 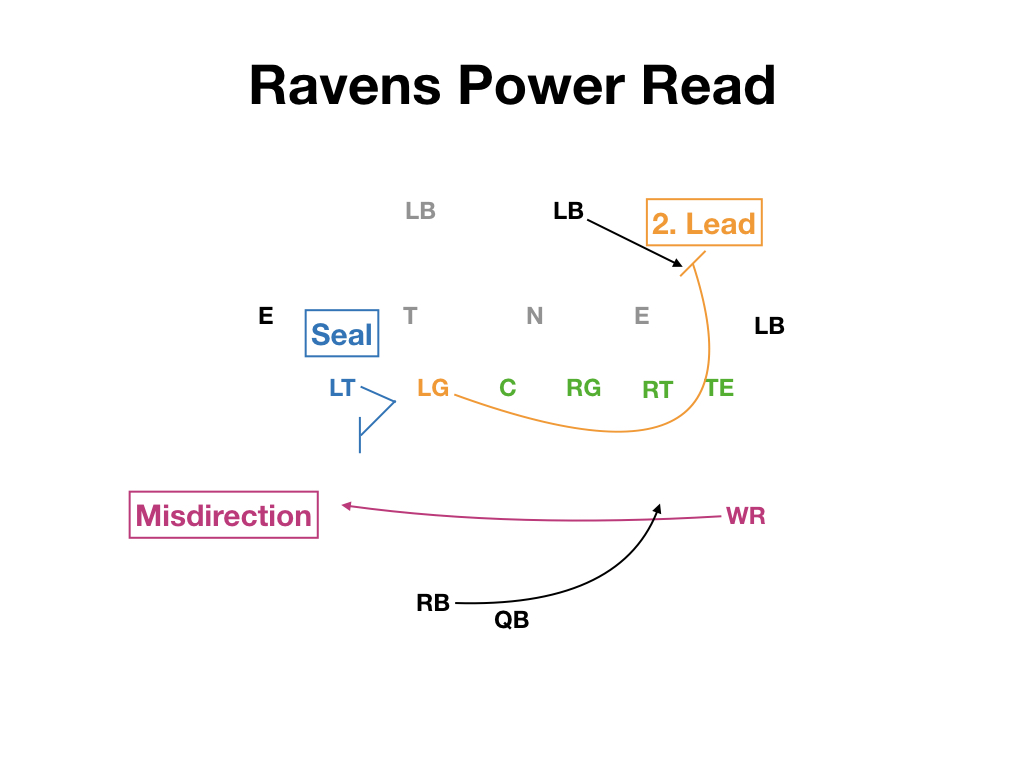 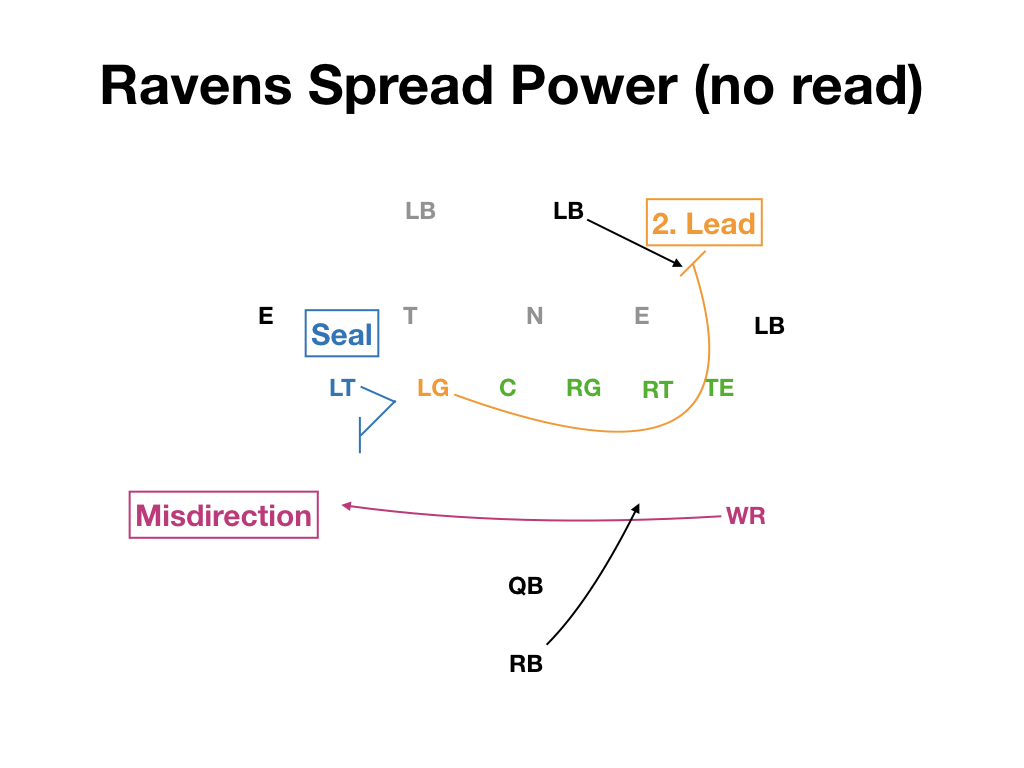 Against the Browns, the Ravens had a clear tendency to run this play as an option when the RB was lined up alongside Lamar Jackson, headed more East and West. Jackson would read the end man on the line of scrimmage, handing the ball off if he stayed inside or keeping the ball if the end man widened. When the Ravens ran the play from a Pistol formation with the back headed more North/South, the play was not read by Jackson.

From any formation, and with or without the QB option, there are four main elements to Power:

For more on how the Ravens ran Power O against the Browns, check out this video: