This guy’s film is so fun. He still has to earn playing time by showing that he can be a consistent, dependable, and well-studied pro. But when he gets on the field he is going to make a splash.

JOK is an instinctive player who has a great feel for the game and wants to play fast. His college tape shows this, and based on practice reports and press conferences his playstyle is a double-edged sword at this moment in his development. It was clear to see in the Browns’ preseason game against the Jacksonville Jaguars:

“He did make splash plays, he made good tackles along the sideline, he made a nice play on that screen. He needs to clean up his eye progression, and he understands that [...] To really play fast in this league it’s when you’re not thinking. And I think he’s getting there.

Owusu-Koramoah fell to us in the draft in part because he is a “tweener”. He plays like a linebacker, but his body is that of a big strong safety or a really skinny edge rusher. How did Notre Dame use him, and what can we expect from him with the Browns? You can watch my analysis in the video below. 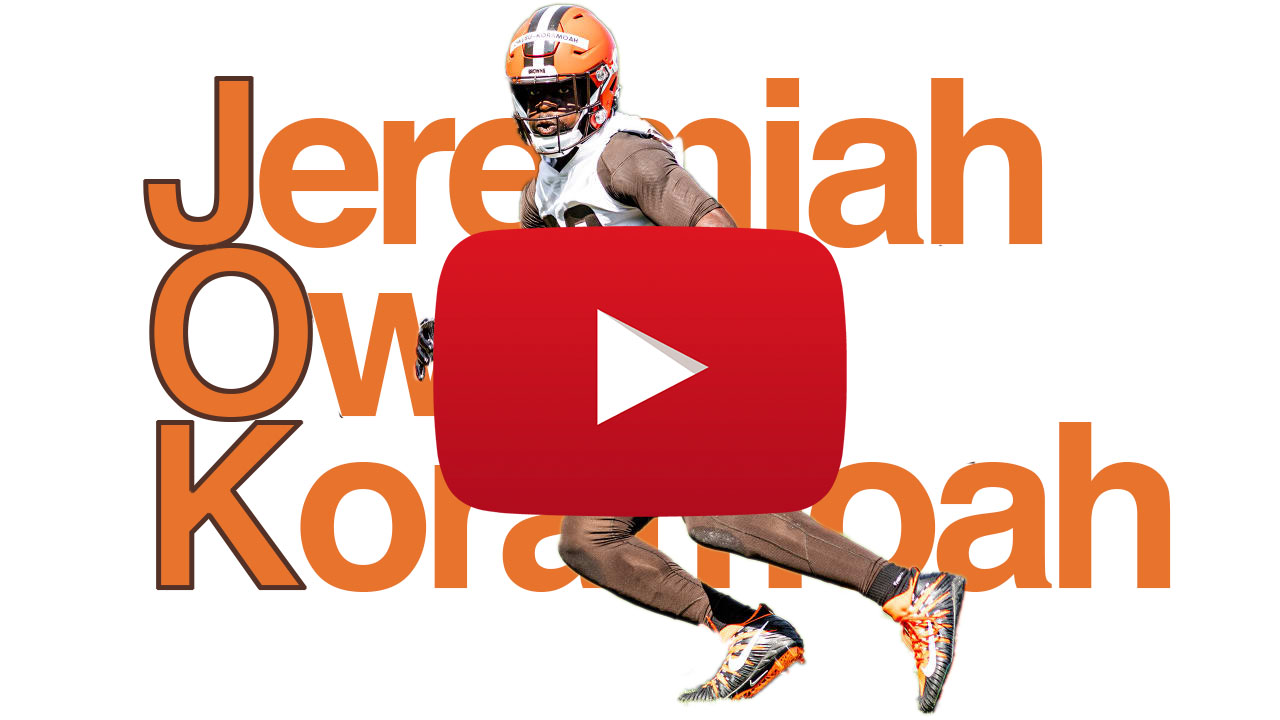